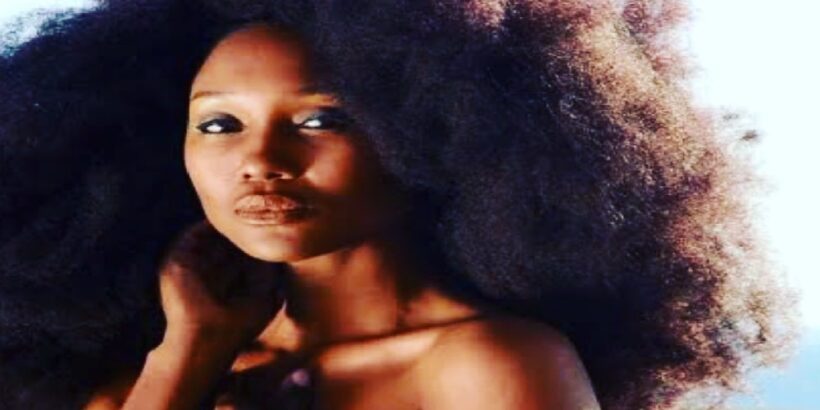 Zoe Mthiyane is an actress and is popular for appearing on the popular television show Generations. On the show, the South African-born actress was cast as Zitha.

She hails from a polygamous background and had low self-esteem issues. Though her mother played a notable role to help her conquer this experience and build self-confidence.

Though she was earlier into modeling, the soap opera star has gained the love of many from her acting profession. What she does, her talent and her level of professionalism have gained her a huge fan base.

Today many fans and lovers of entertainment crush on her but it is worth mentioning that she was one-time seen as an “unwanted ugly girl”.

She has been in the entertainment industry for a very long time and boasts of over fourteen (14) years of experience. She entered Coca-Cola Pop Stars in 2003.

Though the actress is today one of the popular faces on television, she hails from a humble background. She was born in a Polygamous family. Her father is a husband to five (5) wives and her mother was the youngest of his wives.

Her elder brother is twenty-four years older than she is. Sadly, she lost her mother who died in 2011.

At a very young age, five years, her parents decided to take her to a boarding school. She then attended the Little Flower Primary and also High School, Ixopo. For both primary and high school, she lived in the boarding house.

Growing up, the beauty considered herself ugly. She never liked her tall stature. Unbelievable! The actress never knew she possessed the stature many ladies would do anything for. I am sure she knows now.

Reports covered that her love life has been attached to two (2) men. Although another rumor has it that she is dating Rapulana Seiphemo who happens to be a fellow cast member.

Though the actress’s decision to remain quiet on the rumor has kept tongues wagging. The rumor waves got stronger after a picture containing her and Seiphemo surfaced on social media.

She had been in a relationship with Robert Marawa until they called it a quit. She found love once more with Lebo M.

She is a proud mother of two (2) children. The romantic relationship she shared with Robert Marawa, her baby daddy, made Awande Marawa. They welcomed their child on 18 July 2011 at The Bay Hospital in KwaZulu-Natal, South Africa. She also has another child Lulonke.

Other sources reported that she struggles to control her drinking problems and blames her co-star boyfriend.

The problem has allegedly begun to affect her profession, often the actress forgets her lines. She even does not show up for work. Reports also covered that her drinking problems have stalled the production of Generation.

The actress is known to many television viewers for her role in the popular soap opera Generations. She was cast as Zitha on the show which gained her fame and love from the viewers.

She has also appeared in several other roles on television apart from Generations. Zoe appeared in the popular 2016 movie The Legend of Tarzan. She performed as an opening vocalist.

In the year that followed, in 2017, she landed another role in acting. She was cast in the movie She is King playing the role of Katherine. She still plays the role of Zitha from Generations.