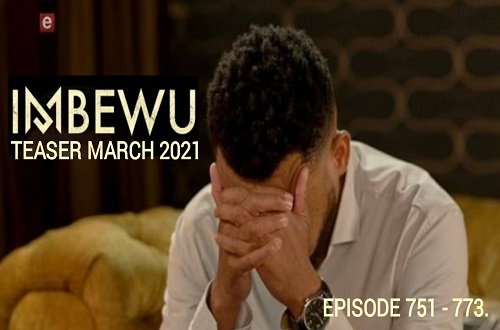 Imbewu teaser has been on the mind of viewers and lovers of the e.tv soap opera. The suspend filled drama series got lovers of the show to anticipate what could happen in the next episode of the show.

On The Nation, the teasers are dropped to give viewers a glimpse of what to expect from the creators of the show. Imbewu is one of the most-watched series on e.tv.

On the station, the drama series airs on weekdays at 21h30. Did you miss an episode on e.tv? Catch fresh episodes also on eExtra on weekdays at 10h15.

E.tv has also made it easy for lovers of the show to still stay connected to the series even after missing the show. On the station, the repeat airs on Weekdays at 12h30. Every Saturday at 11h20, the omnibus is displayed.

Coming up on the e.tv series Imbewu in March 2021 and the episodes.

Nkululeko becomes aware of MaZulu’s contest on Ngcolosi’s will. Nokuzola returns as a makhoti to the Bhengu house.

Yuveer gets busted by Zakithi while he snoops in Zithulele’s office. Trust survival instincts, to cover up, Yuveer had to lie saying he was searching for a highlighter pen.

Kanaan keeps up with playing with Zakithi. In a dodgy situation, Lindiwe finds a way of escape after being recused by Themba.

Maharaj’s intention to marry Nirupa leaks as Shria and Zithulele realize he intends to regain his shares in Shongololo Oil.

MaZulu appears at a shareholders meeting, he left everyone shocked including Nkululeko. This follows his demands to know the company’s way of operating.

The decision to threaten MaZulu to get her to back down, to show her seriousness she sent her a bullet without revealing her Identity. Pregnancy suspicions rise for Nokuzola though she does that in the secret.

Duduzile continues to rise to stardom. Lindiwe connives with Nomusa in other to sabotage Duduzile.

The tires of MaZulu’s vehicle get slashed. Impressed with the outcome of the attack she planned, Fikile is pleased after the outcome comes to her hearing.

Maharaj receives a suit from Nirupa and couldn’t help the memories that follow of how evil he was.

After knowing Nokuzola doesn’t want the baby, Zithulele becomes devastated. Khanyo tries to warn Nokuzola on the pregnancy, advises her to give it a second taught before undergoing an abortion.

Sadly, Shria is electrocuted at her place of work. After an investigation, Nkululeko concluded that the plan was an intentional one by Maharaj to target them.

Zithulele is lied to that the baby is miscarried by Nokuzola after returning to him.

Phunyuka receives a request from Nkululeko asking him to deal with Maharaj. Zola is no longer pregnant, a scan reveals.

Nokuzola receives the muthi to help her bleeding, feels that she has gone too far, and says that this should be the last help she offers to avoid the ancestors’ wrath.

Fikile records a successful event at the harbor feels unappreciated as she walks away.

Zakithi and Zithulele visit Maharaj for answers. Maharaj shares that he believes Nokuzola had given Maluju Middle East deal information.

KaMadonsela refuses to tell where she has been. Nkululeko shares the truth with Phakade, she went to the prosecutor to agree on pleading guilty.

Nomusa clashes with Lindiwe over their joint venture. Sli made a huge announcement that she’s got an exciting interview for a job.

The first round of MaZulu’s court case ends with a victory for Nokuzola. A feeling of betrayal and anger is felt by Nkululeko, Nokuzola clarifies that she is no lapdog of his.

After being attack by the head gangster, KaMadonsela’s situation in prison grows worse.