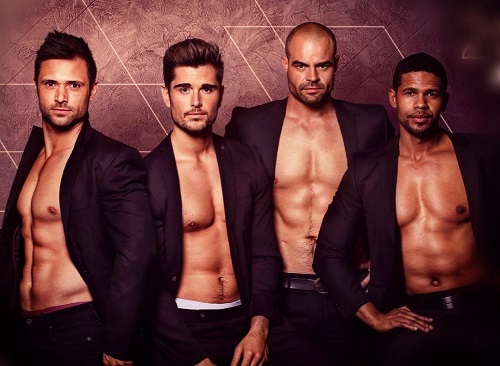 Getroud met rugby is a television series in South Africa on kykNET. Viewers are always anticipating what would happen in the next episode of the show, the teasers show you what to expect.

The television series aired first on April 7, 2009. Today it airs on the TV station every weekday at 18h00.

Bibi doubts the relationship she shares with Jordan. Reitz takes a tour around the stadium in the company of a few fans. The latest episode of Candice is out after she drops them.

Candice kissing scene makes Liam sad. Buks pen downs a poem, what do you think of it? Lulu receives an invitation from braai from Renate.

Maryke makes a move to save the relationship between Bibi and Jordan. Nesie listens to Buk who recites his poem. Lulu and Greeffs are not on good terms.

Reitz has a request for Amanda, though it’s uncomfortable, what do you think it is? Liam still in fear thinks Markus threatens. Lulu and Renate become friendly.

Simon and Renate must undergo a test. “Buks knocks Nesie’s feet out from under her”. There is a chance that Jana is found.

For another time Buks asks Zappa for help. Lienkie and Blitz now know why Johan does not want to be with them. The shocking news comes to Amanda’s knowledge.

Zappa and Buks get ready for their next poem. Simon and Renate now know the result of their test. Reitz receives a punishment.

Everybody discovers about Jana, meanwhile, Renate is anxious to run the office all by himself. Buks makes a move for Nesie’s forgiveness.

Jana returns! Meanwhile, Renate remains despondent about the office. Candice receives a confrontation from Nesie about the poem.

Jana receives assistance from Schalk to recover her memory. Reitz takes a drastic decision, what do you think would be the outcome? Jordan answers an unexpected call.

Someone takes Amanda’s place after Renate makes the appointment. Meanwhile, Reitz was forced to reconsider his resignation by Bart. Jana continues struggling with her memory.

Bibi to find where Jordan is. A get-together was organized by Kristien with the girls and Jana. Fafa shows Reitz that he is less important than he thinks.

Social media now knows of Jana’s return. Sadly for Candice, she loses her lead actor. Jordan comes back from Thailand.

Jana gets the memory of her past after experiencing flashbacks. Nesie and Lulu search for a ‘pair of legs’. Liam makes a move to fix things between Candice and him.

‘Legs for Africa’ got everybody to place their best foot at the front. Jana wants to regain her memory and is anxious about it. Lulu becomes uncomfortable following a request he received.

Lulu becomes worried that Simon will not take proper care of their baby. Jana becomes prey to her past. Blitz and Johan make preparation for ‘Burning Man’.

For another time Jana gets cornered by her kidnapper. Candice and Markus appear on set with Markus. Meanwhile, Simon eases Lulu’s mind.

Renate hosts a party together with Simon. TJ pays a visit. Liam gives himself a shot in the foot.

The workload on Lienkie and Renate puts pressure on their health. Blitz was placed in a difficult position by the men. TJ worries about Jana.