Mohammed Salah is considered one of the greatest strikers of all time. Salah was born and raised in Nagrig, Basyoun, Egypt to Egyptian parents, Salah Ghaly and Mira Maged. He was raised with his older brother, Nasr. It’s almost like he was made for football, with his expertise in finishing, dribbling, and speed. 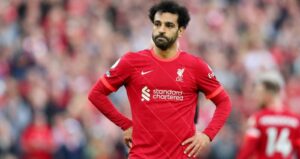 Salah started his career with El Mokawloon, an Egyptian team in the Premier League. His debut was in 2010 and he continued to perform well throughout his first season. After scoring a few goals for the team, he secured a spot in the starting lineup. In 2012, much of Egypt’s tournament was canceled due to riots at the Port Said stadium.

With the season suspended, the Swiss team in Basel took the opportunity to offer Salah a place in its workforce. Basel closely followed Mohamed’s progress, and in 2012 the Egyptian king signed a four-year contract and joined the Swiss Super League. Salah then scored on his debut before following it up with a series of impressive performances. In his first season with Basel, Salah led the team to victory over Tottenham in the Europa League.
After beating the team from north London, Basel qualified to play Chelsea. Although the Swiss team lost the match, Salah caught the attention of the Chelsea leadership. Basel ended the season with a comfortable league title.

After another successful season at Basel, Salah will meet Chelsea again in that year’s Champions League group stage. Salah scored against Chelsea in both games, which convinced the west London side that Salah was a worthy investment.

In 2014, Salah signed for Chelsea for a fee of £11 million in the January transfer window. Salah started his Chelsea career as a substitute, and he scored a few goals in the 2013-14 season. During the following season, Salah’s future was in doubt after learning that he had to do his military service in Egypt. However, he did meet the Prime Minister of Egypt, who made an exception for him.

It’s safe to say that Salah hasn’t played much this season – even after being rescued from military service. Jose Mourinho didn’t seem to appreciate him, and so Salah moved to Fiorentina in 2015 on loan. He immediately made an impact for Fiorentina, scoring regularly and leading his side to another victory over Tottenham in the Europa League.

While he certainly made his mark in the Italian league with Fiorentina, Salah has bigger plans. He forced another loan to Roma for 5 million euros, although technically he was still a Chelsea player. It was in Rome that Mohamed really began to flourish. He quickly became a key player for the team, finishing the season with 15 goals. He was also named player of the season.
Roma then signed Salah on a permanent €15 million deal, although it lasted only one season before being acquired by Liverpool. The English side paid 42 million euros for the Egyptian striker, with add-ons that could bring the overall figure to 50 million euros. Salah scored on his debut and had an incredible first season, which ended with more than 40 goals in all competitions.

In 2018, Salah signed a new contract with Liverpool and another impressive season followed. The 2019-20 season ended with Liverpool lifting the Premier League trophy – the first time they did so in more than 30 years.

His salary stands at $35 million.