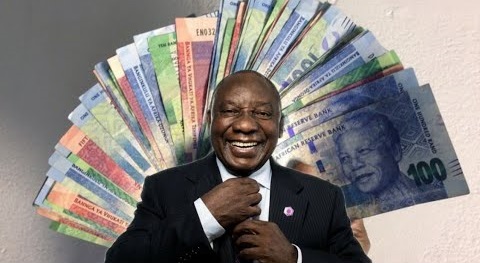 South Africa is a country that boasts of many men of influence and business-minded. These names are echoed in the country and some even made it to the richest in the continent. They are known to utilize the opportunity in the system for their financial gains.

These men have received recognitions from several big magazines including Forbes. For instance, Patrice Motsepe who holds the record as the first black African to make it on Forbes, interesting right?

The country is endowed with natural resources that most of these richest men saw the opportunity in them and used effectively. Although the list of the richest people contains nine white people and black men, who made it to the fifth.

Mr. Oppenheimer is the heir of the investment run by his family, De Beers diamond mining group. The company was set up in 1880 and has a huge influence in the South African diamond industry. Though, 40% of the company’s share was bought by the Anglo American. The mining group acquired the share for USD 5.1 billion (R77 billion). Nicky Oppenheimer has an estimated net worth of around USD 8 billion (R120 billion).

A 68-year-old tycoon, Johann, is the second richest man in the country. As a businessperson who deals in luxury goods, he has managed to earn a lot of money. At the Compagnie Financiere Richemont, he sits as the chairperson. The firm is a big name that deals with luxury goods from Swiss. Johann Rupert has an estimated net worth of around USD 7.5 billion (R112.5 billion).

The 64-year-old is the South African C.E.O of Glencore, the company is among the largest commodity trading and mining in the world. The Johannesburg-born joined Glencore in 1984 and worked in the coal department in South Africa and Australia. His estimated net worth is around 5.36 Billion (R80.4 billion).

Koos has made a name for himself both financially and socially. Online reports cover that his source of wealth is from the media. Koos has also topped to his achievements through several other investments. He walked to the spotlight for transforming the South African Newspaper publisher Nasper. Through his transformation, Nasper grew into a cable TV powerhouse and an eCommerce investor. Online sources report that Koos Bekker’s net worth is around USD 3 billion (R45 billion).

The fourth richest man in South Africa is black, Patrice Motsepe. His source of wealth is from a mining business he runs. The mining magnate founded the African Rainbow Minerals, where he sits as the chairperson. He climbed to billionaire status in 2008. Apart from mining, he owns the popular soccer club, Mamelodi Sundowns FC. According to online reports, the 59-year-old has an estimated net worth of around USD 2.9 billion (R43 billion).

Mr. Roux is another who has climbed to a billionaire status through his investments. In 2001, he founded Capitec Bank and today he holds around 11% stake (bank shares). According to Forbes, the self-made billionaire, Michael Le Roux has an estimated net worth of around USD 1.3 billion (R19 billion).

Johannes “Jannie” Mouton is one of the richest businesspersons in South Africa. He founded the PSG Group and occupies the position of chairperson. He is one of those men who climbed to their financial status through the right investments. In 1973, the 75-year-old qualified as a chartered accountant. According to Forbes 2017 reports, he was estimated to have a net worth of around USD 1.3 billion (R19 billion).

Christoffel F. Hendrik Wiese is businessperson and former billionaire. The Upington-born acquired a huge percentage of his wealth from retailing. The 79-year-old is a chairperson and owns shares at Pepkor. Reports by Business Tech covered that his 2017 net worth was around USD 742 million (R11 billion).

Another self-made multi-millionaire on our list is Laurie Dippenaar. The father of three is a businessperson, chartered accountants, and banker. In a collaboration with GT Ferreira, he co-founded FirstRand Limited. The 72-year-old is estimated to have an estimated net worth of around USD 650 million (R9 billion).

A graduate of Bcom (Accounting) from the University of Cape Town. Raymond is the tenth richest South African and is a businessperson. He acquired the Pick ‘n Pay supermarket group from the person that founded it. In the ’60s, he also acquired four stores from Jack Goldin. He is estimated to have a net worth of around USD 500 million (R7 billion).