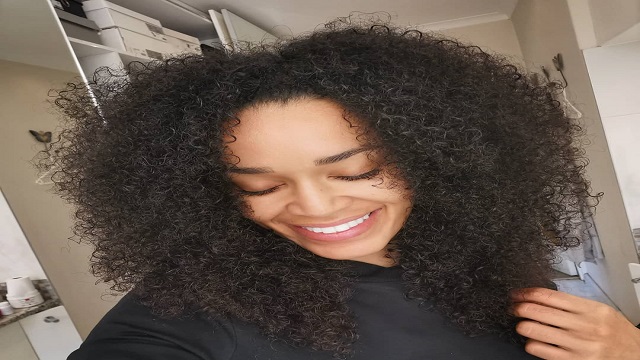 Pearl Thusi is loved by many for her talents and also her fashion sense. Her hairstyles have played a credible role in making South African television viewers fall in love with her personality.

Her versatile way of styling her hair has been a source of inspiration for some of the best hairstylists in the country.

Every new way she styles her hair comes out better than the former one. We bring you the moments South Africans fell in love with her ‘on point’ hairstyles.

Fashion they say is relative to the fashionista, but we could agree that Mzansi loves Pearl Thusi‘s style of fashion. The sleek hair bub earned her positive feedback on social media.

The hairstyle coupled with the red dress gave her a Queen look, the curly front added a classy look to her appearance.

Pearl loves is this sleek bun because she has been spotted rocking this one style too many times.

Pearl Thusi is truly endowed with dark natural full hair. South Africans would agree that she knows how to style her natural hair.

Most of her pictures that got the internet buzzing are her natural hair. The ribbon she ties in the picture adds an extra touch to the hair.

Lately, the actress has kept many talking about her new hairstyle. The images of the hairstyle on social media are so amazing. Mzansi fell in love with her faux locks and with the celebrity all over again.

The touch of brown gave the hair an extra look on the “brown skill girl”. The curly edges gave the hair the perfect and unique look.

The popular social media figure doesn’t add a lot of effort to flaunt her natural curls. Most of her followers are familiar with her hairstyle.

The pretty curls give her an amazing natural African looks, and her a queen looks, little wonder she stars on Queen Sono!

The hairstyle, dress, smile, and the puppy presented her as a Disney Character. What character do you think would suit her?

Pearl Thusi triggered another buzz on the internet after she dropped a picture containing her cornrow braids.

Followers and fans could agree that this hairstyle is one of her best, especially when styled with beads. Her smile alone in the picture made the ‘Queen Sono’ stunning.

These are Pearl Thusi hairstyles that many South Africans seem to love and gave positive feedback.