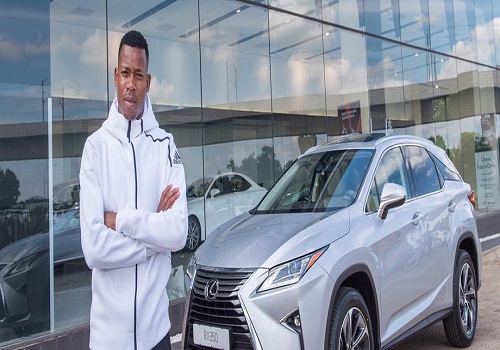 Football is a game with so many benefits, enriches the players, and at the same time pleases the supporters and fans.

The Orlando Pirate football club in South Africa is not left out. The club players have shown off their luxury cars.

From their way of life, we could agree that the players’ salary is ‘handsome’ and their pockets are smiling.

Here is a list of Orlando Pirate football club players and their cars.

Shonga is a Zambian footballer who plays as a forward for Orlando Pirate F.C. The 24-year-old player owns a BMW 2 Series Coupé, a German car estimated to worth around R622 700.

Khuzwayo is a retired international footballer in South Africa and played as a goalie. He played for the Orlando pirates for a year (2018-2019). He rides a BMW M240i Convertible, estimated to cost around R935 100.

Happy is another Orlando Pirates player making it in the football business. He plays as a defender on his team in the Premier Soccer League and drives a Lexus car which and says is the most comfortable car he drives.

Mpontshane is a professional football player in South Africa and plays as the goalie on the Orlando Pirates Football Club. The 34-year-old player drives a Mercedes Benz A45 4matic.

Motshwari is another Orlando Pirates player that rides a car many seem to admire. The central midfielder drives a luxurious BMW car. The 29-year-old player is indeed making it in the football business.

Ndlovu is a South African professional footballer and plays the midfield position for Orlando Pirates F. C. The 24-year-old also plays on the South Africa national team and graduated from Maritzburg United and appeared professionally in 2016.

Another Orlando Pirates F.C. player who drives a luxury car, Paseka Mako, a defender for his team and plays for the South African National team.

Mako has been playing for Orlando Pirates since 2018, the same year he began to play for his country’s team. He rides a Mercedes-Benz A-Class estimated to worth around R500 000.