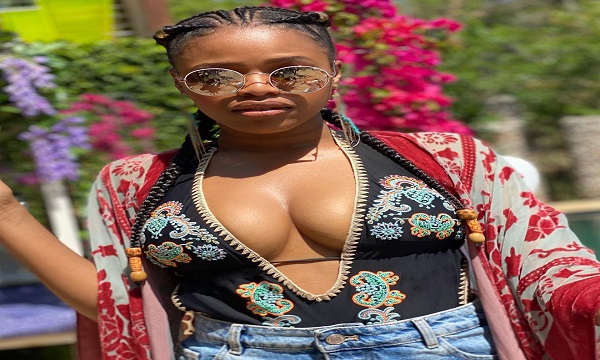 Popular actress Natasha Thahane has once again kept every on talking after she shared a hot revealing picture of her body.

Followers of the brand ambassador for Garnier could agree that posting revealing pictures comes easy with the celebrity.

Her followers on social media have been dropping feedbacks on the photo which contains the Netflix Blood and Water actress in a swimsuit sitting beside a pool.

The 25 years old actress appeared on television in 2014 when she landed her first acting role on the show eKasi: Our Stories.

Since then, she has not failed to impress fans with her unique style of acting.

Aside from her acting career, she knows how to draw the attention of fans and followers through her snaps.

Fans love the multi-talented actress for many things, she recently took to social media to share her piano skills.

The actress shared a video of her playing the piano and Tebogo Louw sang and played the guitar.

The collabo by the two popular faces on television was enjoyed by fans and followers.

The 21-day national lockdown gave her enough time to work on her piano playing skills.

She never fails to keep her fans and followers entertained both on television and social media.