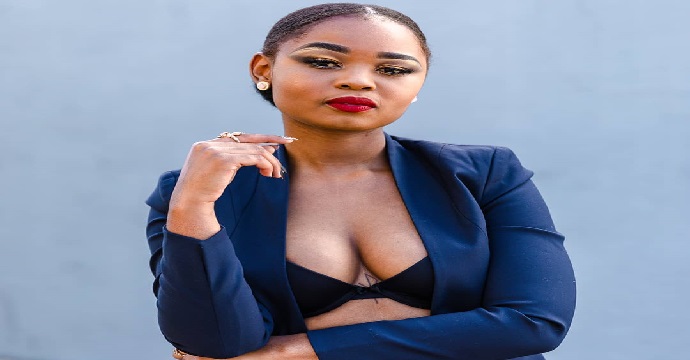 South Africa loves Kamogelo Molatlhoe, not her exceptional talent in acting but her body. Nature smiled on the actress and gave her a stature many ladies ‘old and young’ struggle to get.

The 25-year-old indeed knows how to flaunt what her mama gave her.

On December 19, 2020, Kamo dropped a hot picture of herself dressed in what seems like swimmers. The body hug gave her a nice figure 8 shape leaving fans the only option of admiring her body. She left the caption “I’m a very private person, yet I’m an open book. If you don’t ask…I will not tell”.

On August 24, 2020, She dropped another picture that turned her profile to a market place. The actress posted a picture of herself in a black bikini, though she also had a sweater on. The picture was so hot that a fan @siphumeleloxinti couldn’t help but ask “how do stop your hotness”.

On June 3, 2020, The actress dropped another hot picture of herself dressed in a suit. She seemingly left the buttons open to leave the viewers to focus on the inside. The hot picture showed how classy the actress is and left many wanting to see more. Is that a tattoo behind her bra?

On January 5, 2021, Kamo once again shared a hot picture of her body. The actress laid on a cushion in a pose that left much talking. She is really in possession of the “black girl magic” as a fan replied and left the caption.

The actress is popular for a recurring role of Keamogetswe in Rhythm City, an e.tv soap opera. The actress dreams of playing a villain one day.