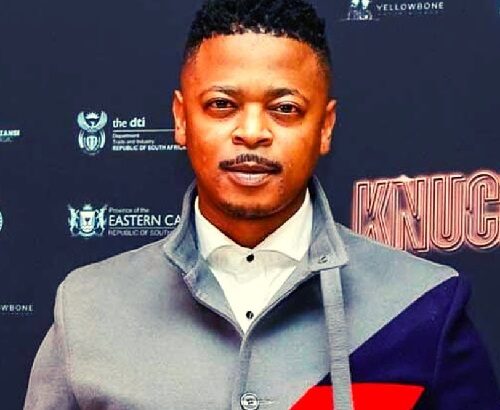 He has gained popularity for portraying Jason in Generations, a SABC soap opera.

He also landed the role of Melusi on Gomora, an Mzansi Magic drama series.

His date of birth is on the 13th of June 1981 and the place of birth is in New Brighton, Port Elizabeth, Eastern Cape, South Africa.

Zolisa Xaluva is 39 years old and he celebrates his birthday every year on June 13th.

He was born into the family of Thando and Nombuyiselo Xaluva. The star actor is a brother of three (3) siblings.

He relocated with his family to Johannesburg at the age of eleven (11). His family then had to relocate again to Pretoria to be with his extended

He had his matric in Pretoria and furthered his academic pursuit at Technikon Witwatersrand. He majored in Media Studies and Communication Science.

He did not complete his academic pursuit in the institution after he dropped out with a year to go following the financial difficulties.

Zolisa tried to set up a campus radio station for Technikon Witwatersrand.

His attempts were turned down since he was not a student in the institution anymore.

She returned to Port Elizabeth, he joined an arts and culture group. The group toured schools and performed plays for schoolchildren.

Later, he went back to Pretoria and studied Drama at Technikon Pretoria. He had his graduation in 2003.

He received an award as Best Supporting Actor in the feature film, Sew the Winter to My Skin in March 2019. The movie was also received the Best feature film award.

He made to the cast as Lwazi Mboweni on season 3 of Tsha Tsha, an SABC1 drama series.

In 2005, he played the role of Jason Malinga on Generations, on SABC 1 soap opera.

In 2006 the producers of Generations gave him time off to shoot season 4 of Tsha Tsha.

In 2008, he cast on Rhythm City, an e.tv soap opera, playing a minor role of HHP’s Manager.

The same year he made an appearance on uGugu no Andile, and also on season 2 of Tshisha, a SABC 1 drama series.

In 2020, he played the role of a school principal Melusi in Mzansi Magic telenovela Gomora.