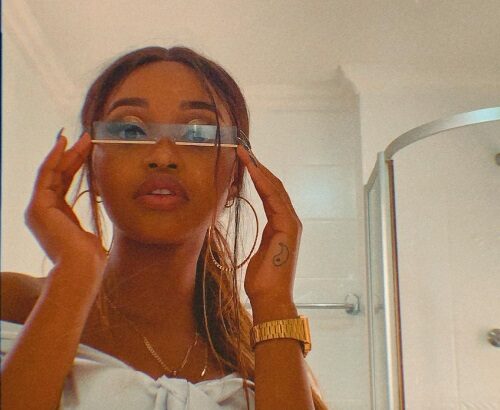 Zenokuhle Maseko (born 2nd February 1998 in Benoni, Gauteng) is a South African actress. She is known to many for playing the role of Mbali in The River.

Many South African viewers know the popular actress from her role in The River. It is her first acting role and has been the only she has assumed on TV.

Her date of birth is on the 2nd of February 1998 and the place of birth is in Benoni, Gauteng, South Africa. Zenokuhle Maseko is 22 years old. She celebrates her birthday every year on February 2nd.

The young and beautiful actress grew up in Benoni, her place of birth, and relocated to Johannesburg in pursuit of her career.

Upon matriculating, she took several acting classes. She also tried modeling and photography.

Her debut acting role is on The River, she plays the starring role of Mbali.

This is a ‘grand entrance’ in the industry for her, The River received ten awards at the SAFTAS awards (2020).

On the show, The Rivers, an award-winning Telenovela, ‘The River’, she plays the role of Mbali. The character is a naughty and talkative girl.

She attended the audition for the role of Faith, but the actress landed the role of Mbali.

Zenokuhle played the role until early 2020 when she left The River following the death of her character.

The character’s funeral was among if not, the most emotional scenes of the show, The River.