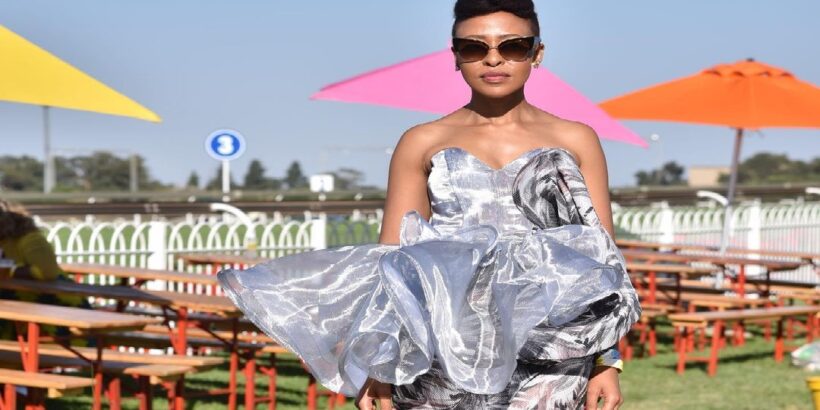 Zandile Msutwana (born 6 July 1979 in King Williams Town, Eastern Cape) is a South African actress and voice-over artist. She is popular with many viewers of the screen for her role in Society. She was cast as Akua Yenana on the SABC1 drama series.

She has also appeared in several other productions and has made an impact in the South African entertainment scene. Her roles have gained her popularity and have also made viewers feel certain emotions on their way of regarding certain situations.

Her date of birth is on 6 July 1979 and the place of birth is in Qonce (formerly King Williams Town), Eastern Cape, South Africa. Zandile Msutwana is 41 years old.

She studied for a Performer’s Diploma in Speech and Drama at the University of Cape Town (UCT). The academic qualification has indeed played a huge role in her profession.

During her university days, she landed several roles in production. She played the role of Regan in King Lear, appeared in The Suit as Matilda, and portrayed as Aida in On The Brink. She also played the role of Chorus in Trojan Women.

On 1 January 2019, she appeared on the cover page of South Africa’s True Love magazine. She shared in her story covering several topics that engage readers with a clearer understanding of her personal life. Readers and fans gave her positive feedback since she is a person that rather is cagey about her personal life.

She is a South African actress that has managed to gain popularity for playing the role of Akua Yenana (lead role) in Society. She joined the SABC1 drama series in 2007 and remained with the show until 2010.

Upon graduating from school, she performed in a production Ingalo at The Langa Hall. On the screen, she has also landed a job as a presenter.

On Heita for E.tv, she was a presenter and also played the role of a student in the soap opera Backstage. In 2005, Zandile was cast in the film Unrequited Love, film was directed by Steve Berry.

She also featured in a film directed by Peter Samann titled Beyond Berlin. She has also done corporates theatre projects for Kagiso TV and Metrorail.

She has also done commercials for several brands including;

In 2008, she landed a guest-starring role in one of the episodes of Mtunzini.com. In the SABC1 drama series, she was cast as Dudu Langa, who becomes a suspect to be behind the death of her mother. Zandile appeared in the third episode of the second season titled “The Test (Part 1)”.

In 2010, she landed a guest stint on Isidingo, a popular SABC3 soap opera. She portrayed the role of Thembakazi. In the year that followed, she landed another acting role on another popular television series, Rhythm City. She played the role of a young accountant Rhonda Radebe.

Viewers of the show Zabalaza should be familiar with her character Lindiwe Cele. She plays the starring role in the Mzansi Magic soap opera.

In 2010, Zandile Msutwana received a nomination for Best Supporting Actress at the SAFTA Golden Horn Awards. She was nominated for her role in the White Wedding film (2009).

The stunning actress is active on her page on Instagram, she shared snaps that convey a lot about her to followers. In one of her pictures on 23 October 2019, she shared a picture of herself dressed in a beautiful gown backing the camera.

The picture revealed the tattoo on her back, which appears to be a pair of wings. The King Williams Town-born actress pictures mostly contain her dressed in gorgeous outfits.