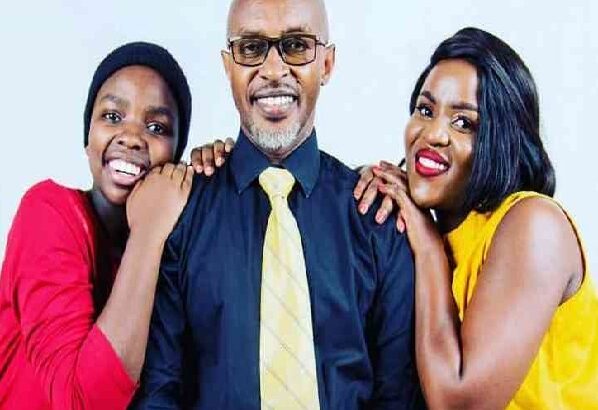 William Hausa (born Dennis Musyoka in the Akamba community) is a renowned Kenyan actor. He is popular for appearing on the show on Citizen TV, Maria.

Maria is a popular drama series on television in Kenya that has captured the heart of television viewers.

The character Mr. William, also addressed as Boss William on the show, has also gained popularity for the role he portrays.

His date of birth is still out of the public eye, he hails from the Akamba community of Kenya.

On the show, he plays the role of the Boss William, a father, and husband in the Hausa family.

He is married to Madam Vickie, on the show and is the father of two (2) daughters; Maria, his adopted daughter, and Vanessa, his biological daughter.

Though he adopted a daughter, he picked no favorite rather he shows them, equal love, a father should.

He tries all within his power to make sure Luwi, his son, becomes respectable. Boss William tries to mold his son into taking decisions that could help him and his loved ones.

His ‘real father figure in society has gained him love from people.

Aside from playing the role of William on the show, Dennis Musyoka has appeared on several other shows.

He played the lead role on the Citizen TV show, Mashtaka and also appeared in Selina, Rafiki, Sense8, and Varshita.

On the show, Boss William is married to Madam Victoria, aka Madam Vickie. In reality, his wife is still out of the public eyes.

Though, The Nation has confirmed that he has children.

In reality, Dennis is a father, and his daughter got married to her lover.

Their colorful wedding was attended by her father, who showed how happy he was with his amazing dance steps.

He took it to social media to reveal how happy he was that his daughter was getting married.

Dennis shared pictures of himself dancing with his daughter at her wedding ceremony.

“My eldest daughter (in real life) got married on Saturday, February 22, giving me a new title; father-in-law. This is the father/daughter dance with my lovely girl,” he wrote.