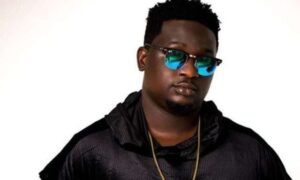 Wande coal began singing in his church’s adolescent choir. As a dancer, he got his start in the Nigerian entertainment industry. In 2006, he was signed to Don Jazzy’s Mo’ Hits Records. On singles like “Loke,” “tonosibe,” and “why me,” he appeared on D’banj’s Rundown/Funk you up album.

Coal’s debut album, Mushin To Mo’Hits, was well-received in Nigeria, the United Kingdom, and the United States.

Ikechukwu, Phyno, Davido, Naeto C, Dr SID, D’Prince, Wizkid, and many other Nigerian artists have collaborated with him on tracks. Following a feud between record label executives Don Jazzy and D’banj in 2012, Coal, Dr SID, and D’Prince signed on to Don Jazzy’s new record label Mavin Records, with Tiwa Savage of 323 Entertainment serving as the label’s first lady.

On November 7, 2013, Wande Coal left Mavin Records due to intellectual property theft of a song with the same lyrics as Don Jazzy’s. In November 2013, he released the single “Baby Face,” which was the reason for his departure from Mavin Records.

Wande Coal’s second album, Wanted, was released after a long hiatus. The majority of the album’s reviews rated him slightly above average. In December 2017, Coal released a new single titled Turkey Nla.

He began his 2020 with the single “Again,” which was produced by Melvitto. In 2021, he released a new single called “Come My Way.”

He has an estimated net worth of $2.9 million which he has earned as singer and songwriter.