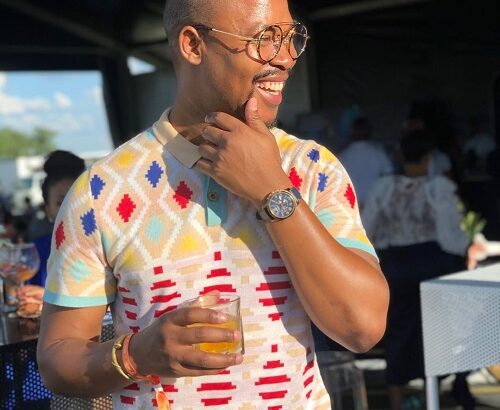 Vuyo Ngcukana (born 3 February 1983 in Mthatha, Eastern Cape) is a South African actor. He is popularly known as ‘Schumacher from The Queen’.

Vuyo Ngcukana is dating Renate Stuurman, a South African actress. She is best known for appearing in popular television shows including 7de Laan, Unmarried, and The River.

He is a father to three (3) children (daughters) of which he had from his past relationship. His daughter’s names include Taylor, Cassidy, and Milani.

Vuyo Ngcukana studied Public Relations during his days in college.

Upon studying Public Relations at college, he landed his debut TV role. He played the role of a villager in the series finale of the Intsikam, an SABC1 drama series n i2011.

He then made another appearance in an episode of eKasi: Our Stories, an eKasi+ drama anthology series.

He had his big break when he played the role of Schumacher in The Queen, an Mzansi Magic soapie.

He made his first appearance in the series premiere on the 1st of August 2016.

Vuyo played a recurring role in the first four (4) seasons, he then played a starring role for the fifth season.

He also played a guest-starring role in season two (2) of Thandeka’s Diary, an SABC1 sitcom.

The next year, he landed a starring role on The Perfect Makoti, an Original Mzansi Movie. It first aired on Mzansi Magic on 14 April 2017.