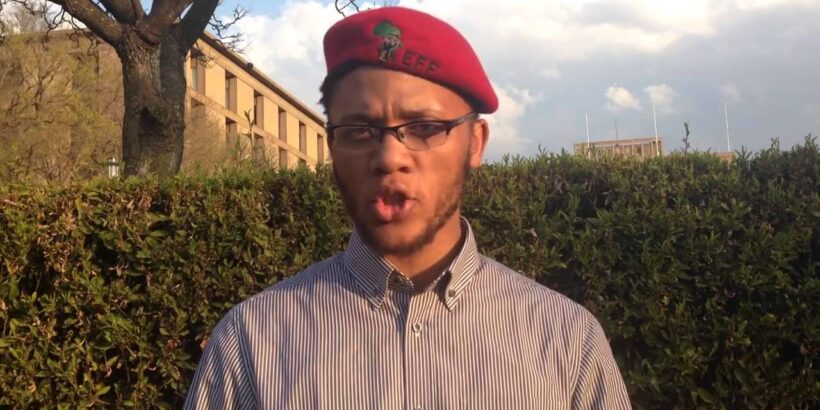 Vuyani Pambo (born in Soweto, South Africa) is a South African politician. He was a student leader of the FeesMustFall movement, today, Vuyani is a member of the National Assembly for the EFF.

He is also a member of the Economic Freedom Fighters (EFF) Central Command Team. In 2020, he rose to the position of the new spokesperson of the party.

He served as the head of the party’s student command at the University of Witwatersrand.

He studied at the University of Witwatersrand and during his days in a higher institution. Vuyani was an EFF student leader at Wits University.

He became known to many in the country after he actively took part in the Fees Must Fall protests in 2016.

Pambo’s interest in activism during his school days landed him in the position of EFF student leader at the University of Witwatersrand (Wits University).

He was arrested with other students as they fought for free education. Pambo took home the South African Film and TV Award (Safta) for the best documentary feature for Everything Must Fall in 2019.

As he received the award, he did not forget to commemorate the mineworkers who died in the 2012 Marikana massacre.

Vuyani further said that the EFF would see to it that their children were provided with free, higher education.

He is a member of the Portfolio Committee on Communications (National Assembly Committees and has held the position since May 2020.

Vuyani is a member of the Portfolio Committee on Home Affairs (National Assembly Committees) and holds the position since June 2019.

On 22 May 2019, he became a member of the National Assembly (Parliament) and is a member of Economic Freedom Fighters (EFF) (Party).