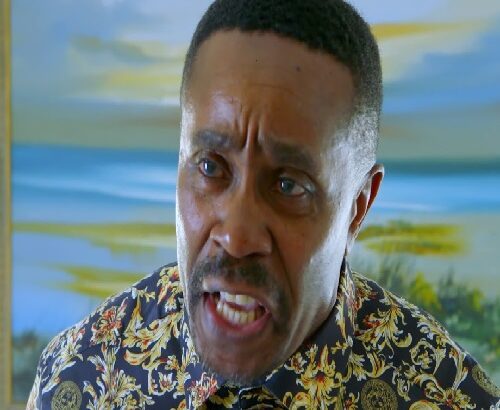 Vusi Kunene (born 12 April 1966) is an actor. The Meadowlands-born is popular for playing the role of Jack Mabaso in Generations. Playing the role of a villain couple with his hilarious moments has gained him popularity.

Most times, viewers rather oppose villains, but Jack has turned the table, many have fallen in love with the character on the SABC1 soap opera. It is not easy to point out that the actor is not a newbie in the entertainment industry.

The way he acts tells that the actor has been on the screen for a long time. He has appeared in several movies in the country and also cast on both local and international shows on TV.

He boasts of decades of experience in the industry which dates back to the nineties. Since he ventured into arts, the has continued to make Mzansi viewers fall in love with his personality.

While many viewers and lovers of the show rather address the actor by his character name on Generations, Jack Mabaso’s real name is Vusi Kunene. On 12 April 1966 in Meadowlands, a suburb of Soweto, Gauteng Province, South Africa, Vusi was born.

Though the actor was born a day earlier, on 13 April, beliefs intervened. A nurse who thought it was bad luck changed it to the formerly mentioned day. Vusi Kunene is 54 years old.

Vusi has joined the number of celebrities who rather maintain a cagey family relationship. This has shifted the attention of fans and viewers of the show to his on-screen family.

On the show, together with his wife Brenda Mhlongo are blessed with three children; a son, Fana Mabaso, and two daughters Sphesihle ‘Sphe’ Cele and Namhla Diale.

Vusi fell in love with acting at Shell Road to Fame School of the Arts. Ever since his love for art could only wax stronger and finally drove him to study for it.

Kunene enrolled at the Wits School of Drama in 1991. After completing his academic years of study, he graduated from the institution with certification in Dramatic Arts.

His love for acting became visible during his days in the higher institution. He then started making appearances in TV films including The Line, Drumbeats, and Rhodes.

Vusi has cast in three (3) feature films like the role of Reverend Msimango in Cry the Beloved Country. Darryl Roodt was responsible for directing the movie.

His outstanding performance in acting did not go unrecognized. Vusi received an award for Best Supporting Actor, an M-Net All African Film Award.

The role has Reverend Msimango earned him another award. At the Zimbabwe-Southern African Film Festival award, he received the Best Performance award for the role.

Upon finishing his academic pursuit, he was cast in The Coloured Museum. Many other acting roles joined the queue.

In 1996, he appeared in Homelands and in the year that followed, 1997, in Deafening Silence, both for SABC TV. The next year, 1998, he landed a role in Justice for all, a popular drama series of its time.

This time, it is a nomination for an NTVA award for Best Actor. This followed after he was cast in Homelands playing the role of Daniel Mofokeng.

For three consecutive years, he received recognition in form of nominations for the same award from 2002 until 2004. The nomination followed his top-class performance as Jack Mabaso in Generation.

In 1996, Vusi was cast in two (2) featured films; playing the lead role of Kini in Kini and Adams and Fools. Two (2) years later, he appeared in another movie A Reasonable Man, and later in The King is Alive.

In 2001, the renowned actor landed another role in Final Solution and also Diamond Hunters.

In the sci-fi television series, Charlie Jade, he played a guest role appearing in the sixth episode of the first season.

Another lead role he welcomed with open arms after appearing in season 2 of Yizo Yizo, an SABC1 youth drama series.

Imagine the Vusi play the role of the doctor, he did. In 2008, he was cast as Doctor Gulubane in No. 1 Ladies’ Detective Agency.

Playing a starring role in season ten (10) of Soul City, an SABC1 drama series. He played another starring role as a powerful, self-made scrap metal mogul in isiBaya, an Mzansi Magic soap opera.