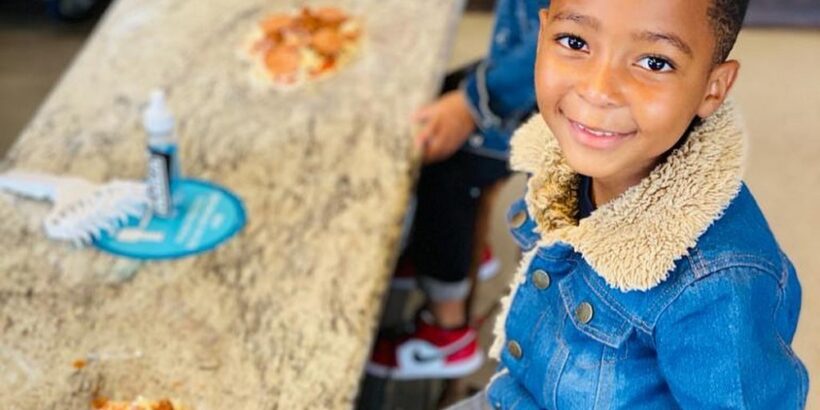 Although his father is a celebrity, the SA’s youngest artist has managed to make a name for himself in the entertainment industry.

Young Valdo is also an entrepreneur and he launched his kiddies’ range of T-shirts and sweaters. These clothing are available on Cava Apparel. That’s not all, he has also been an influencer for Cotton On Kids.

His date of birth is on 6 November 2013, the young social media personality hails from South Africa. Valdo Sithole is 7 years old. He was born into the family of Lindokuhle Sthole (a.k.a Lin Dough), a renowned South African songwriter, and musician.

Valdo appeared in a matching blue jean coat and jean trouser and was happy to have added another year. He left the caption, “King Valdo is 7 years old today po po po poooo”.

The youngster has captured the mind of social media users and is popular on many platforms. He boasts of over 128 thousand followers on Instagram.

Aside from his influencing job, he is an artist and has dropped a single titled Ntwana Ntwana feat. Lindo, his father in 2019. The song made waves and became a hit in the music industry.

It received positive feedback from music lovers and has over 1.5 million views on the streaming site YouTube. In June last year, 2020, he launched his clothing line, Tshirts and Sweaters, available on Cava Apparel.

His influencing job has opened more doors to him and is the brand ambassador of several big names.

On social media, he shares funny and also dance videos. He has shared pictures of him with other popular kids like Pabi Moeng and Retha RSA. Most times the youngster creates content with his father who takes proper care of him.