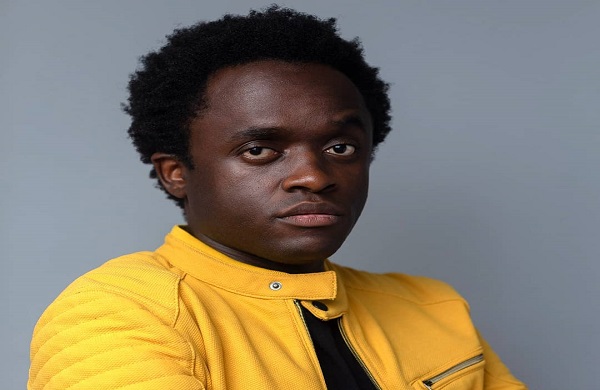 Tyson Ngubeni (born 6 June 1988) is a South African voice-over artist, actor, and comedian. Making people laugh comes easily with him which has given him a space in the tight and competitive entertainment industry. Many complained that the Covid-19 pandemic made everything hard.

Coronavirus affected many professions and businesses but not for Tyson who gained more popularity. During the lockdown period, he made waves for being the impersonator of the fictional white TV news reporter Bob O’Connor.

You must have come across the Chicken Licken advert that was all over the screen during the global pandemic. Yes! That’s right, he appeared in the advert.

While the pandemic tried to make this difficult, he played his role to make South Africans by putting laughter on their faces. They say “laughter is the best medicine”, which means he is a “laugh doctor“, he doesn’t find it difficult to make give people the medicine.

With his funny content, Tyson Ngubeni made many viewers and comedy lovers laugh.

The creativity in his content has landed him the opportunity to represent the country in Showmax’s Funny People Africa. The show is only open to the best comedians from the continent.

When around unfamiliar faces, he is introverted. Most times, during a comedy skit, the appears to wear a yellow jacket. It is not his brand though, he wears it to support brighten up his skin tone.

His date of birth is on 6 June 1988 and the place of birth is in South Africa. Tyson Ngubeni is 32 years old. He is from Soweto, a township of the City of Johannesburg Metropolitan Municipality in Gauteng.

Have you heard any of his comedy skits or heard his conversations? You’d know that the popular face in comedy is educated.

After completing his academic sessions, he graduated from the institution with a Bachelor of Arts Honours in Drama.

His second degree was in the same institution, he holds a Bachelor of Journalism degree.

After his academic pursuit in the university, he made a move to try to start a profession in entertainment but was rejected. Then he got a job at a call center, his duty was to service clients from the Netherlands.

Though his newfound work came with a requirement, he had to learn to speak Dutch.

He was to learn to speak in a convincing way that would make clients think he was from there. He worked at the call center for three (3) years.

There is one thing he likes to do, after meeting a person, Tyson has the habit of practicing his/her voice. The Dark Ages was his debut comedy solo and that marked the beginning of his profession as a comedian.

As people started noticing his ability to make them laugh, opportunities came knocking. Tyson held a performance at the National Arts Festival. He received the Standard Bank Encore Ovation Award.

Similar to the way he makes people laugh, he gives with ease. As his brand has grown into a big name, the comedian uses it as a medium of raising funds for needy students.

He also entered partnerships that opened wider doors to students who would like to pursue formal education. Like many people in comedy, he is also an MC.

On streaming sites, he is also a popular face. He creates content that keeps viewers focused on their screens.

On his channel, Tyson Ngubeni YouTube channel, there are loads of content he created that make people laugh out loud before realizing they are in public.