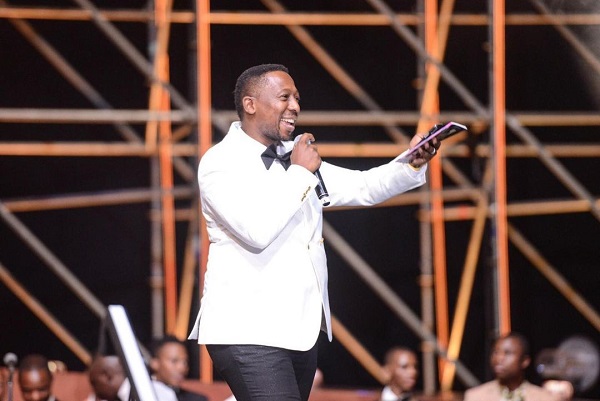 Tshepo Mngoma is a popular South African music director, arranger, producer, and violinist. He was born into the family of Sibongile Khumalo who he describes as a gift to the family.

The violinist is no newbie in the entertainment industry and has managed to make a name for himself in the industry. With his exceptional way of doing music, Tshepo is passionate about teaching music to others even.

He has taught many students the art and lovers of music at Letsibogo Girl’s high school are no exception. They are opportune to have a great personality like him teach them the art.

With music education, the music director can the exposure the art creates as he teaches them music to introduce his audience to the violin.

Tshepo has played with heavyweights in the South African music industry, his flexibility and sense of adventure stand him out.

What he enjoys today dates back to when he was seven years in KwaZulu-Natal, South Africa. His grandma taught him how to play musical instruments including piano, violin, recorder, and marimba.

His grandmother who was the Head of Department, Zululand University has made a notable top-up to his music career. The violinist has boasted of many years of experience in music.

The violinist popular Tshepo Mngoma is very good at being cagey in his private life. Members of the public and fans are aware of only what he wants them to know.

He graduated from the University of Cape Town (UCT) in 2002. He studied for BMus Studies in the institution. During his school days, he was recognized through merits.

Tshepo has appeared in many musicals, it is worth mentioning that he appeared on Moya Wa Sechaba, staged at the Grahams town Arts Festival.

He made a notable appearance in Guardian of the flame and Aqua Opera. He is a co-owner of the record label Shammah Records alongside his wife Swazi Dlamini.

Tshepo Mngoma married his singer-wife Swazi Dlamini and the couple has have been married for over fifteen years. In August 2019 the couple took to social media to appreciate one another during their 14th Marriage anniversary.

The singer, who is popular to many for her hit song By Your Side, expressed her love for her husband in a tweet that reads;

“My Husband My King. Doing life with you is exciting and enriching. Happy Anniversary @TTMngoma I love you with every breath I take,”.

The violinist did not fail to honor the special day they both share. He also wrote a tweet.

“To 14 more years my love #HappyAnniversary,”

Tshepo Mngoma‘s mother’s name is Sibongile Khumalo. His mum was a legendary jazz and opera musician. The talented violinist lost his mother to stroke-related complications.

Though her family described her last days as “extremely difficult”, Tshepo says his mother was an important gift to their family. Her funeral service was held at the Market Theatre in Newtown Johannesburg.

She was laid to rest in the Heroes’ Acre at the West Park Cemetery, Johannesburg, South Africa.

His exceptional music skills have led the singer to recording achievements in the industry. In 2009, he dropped the album people and Places, he had a collaboration with Hugh Masikela, Zakes Bantwini.

Today he is a music director and has taken up the role for several plays including ‘Guga Mzimba’, ‘Ain’t’ misbehaving, and others. He dropped another album titled ‘Journey’.