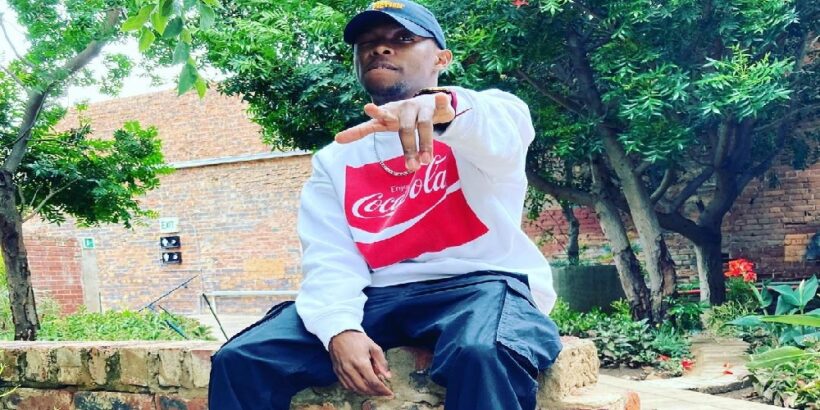 Tokollo ‘TK’ Sebothoma (born 24 May 1996 in Mamelodi, Pretoria) is a popular figure in the South African entertainment industry. No doubt, the fast-rising actor is becoming a household name.

Although acting was not in his plan A, but fate with his talents brought him to the line. Ever since he chose to act, he has not had any regrets so far.

With television viewers, he is popular for being cast on The Queen. In the Mzansi Magic series, the actor played the recurring role of Jomo.

The Pretoria-born made his acting debut in season five of MTV Shuga in 2017. He was cast as Zolani on the MTV Base drama series. With this role, he captured the hearts of many lovers of entertainment in the country.

Though his family and parents’ details are not shared with the public.

They played notable roles in making him the person he is today. They were of big support to him and also stood by him. He had his primary and secondary school education and furthered to the higher institution.

TK never chose acting as his ambition not until his teacher invited him to join the drama club in his school.

Even then he never knew that fate had started to intervene. While in school, he enjoyed doing sports, more especially basketball.

His first performance was applauded by his mates at school and was very much welcomed. This served as a source of motivation for young Sebothoma to dig deeper into acting.

Upon matriculating, his educator tried to suggest that he joins AFDA. There he went and studied for a BA Degree in Live Performance graduating in 2016.

Seems that luck was on his side after he was cast in MTV Shuga (Season 5). He appeared on the MTV Base series as Zolani.

Another acting role followed in the same year. He landed the role of Jomo on the second season of The Queen, an Mzansi Magic Soap opera.

With these performances, he was able to convince producers and viewers in South Africa that he is a talent.

He is a popular actor and South African filmmaker. He is famous for playing the role of Jomo on the Mzansi Magic soapie The Queen.

His debut appearance on television as an actor is on the fifth season of the MTV Base drama series MTV Shuga, in 2017.

Still, in the year, he was cast as Jomo The Queen. TK appeared on the soap opera on 28 August in the second season.

In 2018, he was cast to play another recurring role in The River as Happy. He appeared first in the Ferguson Films soap opera on January 29 which premiered on 1Magic.

The role that followed was another recurring role as Thabo in Isithembiso, an Mzansi Magic soap opera. He appeared first in episode 159 of season 2. It aired on November 8, 2018.

On 6 July 2019, he made his debut as Tebza (starring role) in Impilo (The Scam), 1Magic/Mzansi Magi drama series.