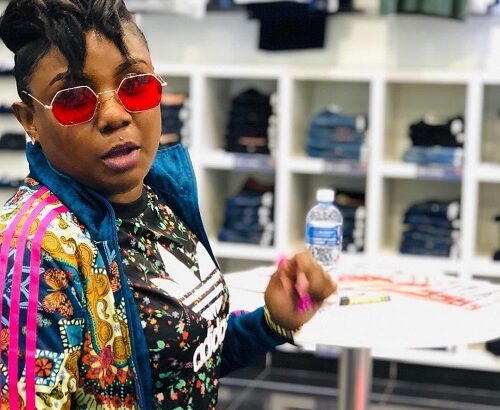 Tipcee (born Thobeka Ndaba; 20 January 1992) is a South African singer. Her house, kwaito, and gqom hits have gained her love and support from music lovers in the country.

She also featured TNS in her song Ematarven and Naakmusiq appeared in her song Ngiyavuma.

As an energetic performer, adds super dance moves to her music, many call her ‘The Princess of Afrotainment’.

Her date of birth is on the 20th of January 1992 and the place of birth is in South Africa. Tipcee is 28 years old. She celebrates her birthday every year on January 20th.

She grew up in a party town which inspired her to dance and sing.

Tipcee started by participating in school competitions and then took it to the next step by joining a dance group.

She faced challenges and struggled before connecting with Deejay Tira.

After college, she formed a dance group with a friend. In 2009, she joined Chaos, an all-female Kwaito group. The group was under the label 745.

During her time in the group, the group had collaborations with renowned Deejays including Big Nuz, DJ Tira, and Dj Bongz.

Chaos dropped an album titled Ziyasha, which turned out unsuccessful.

Her energic moves in dancing coupled with her freestyling made her be noticed by DJ Gukwa who introduced her to Dj Tira.

Tipcee is dating Zipho Mthembu, a.k.a. Goldmax of Destruction boyz. The couple has been together and their relationship has now gained public awareness.

This had to counter the suspicions and rumors that she and DJ Tira were together.

Till today, she is making a wave in the South African music scene and has dropped several hit songs. The songs featured several popular artists.

She has had collaborations with several popular artists like Distruction Boyz, and Makhadzi.

She has also collaborated with TDK Macassette, Babes Wodumo, and Mampintsha.