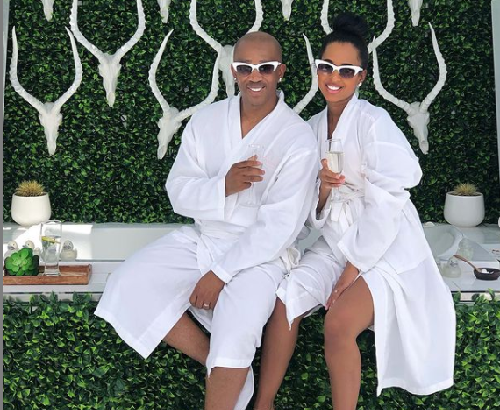 Theo Kgosinkwe (born 15 August 1973 in Kagiso) is an award-winning South African songwriter, singer, and producer. The polished artist is affiliated with Mafikizolo band, a popular Afro-Pop, and Kwaito music group.

He has gained popularity for his song Umphathe Kahle (2008) though life has not always been a bed of roses for him. He faced several challenges before becoming popular in the industry.

The singer has worked with several artists and has collaborated with them on their album compilations. He gained a presence in the music scene after dropping his album (I Am) that made waves in the country.

The music composer’s date of birth is on 15 August 1973 and the place of birth is in Kagiso, Krugersdorp, Johannesburg, Gauteng, South Africa. Theo Kgosinkwe is 47 years old.

Though he rather is cagey about his profile unlike other celebrities in the country. The Nation gathered that the young singer’s love for music dates back to his tender days.

While he grew up, he spent most of his time listening to the radio after which he imitated some radio personalities. He continued with this until he mastered these songs and the music artist.

After some years, he became active in singing and went to competitions, and choir. Theo’s love for music waxed strong leading him to connect with Nhlanhla from Mafikizolo.

Theo Kgosinkwe was first married to Rose Kgosinkwe. They did not get a till death do us part, after all, their union lasted for fifteen years. Daily Sun reported that his wife could not withstand his busy schedule.

Rose later alleged that the legendary artist was a cheat and was in a relationship outside the marriage with Melo, an upcoming artist at that time.

In 2015, the couple called their marriage a quit through a divorce process. For years now, Theo has been dating Vourné Williams. Miss Vourné shared a video telling people how they met. Theo and his wife Vourné Williams got married in August 2020 in an intimate wedding ceremony.

The happy couple shared a picture of their newborn’s little hand with followers on Instagram. The child was born on 24 January 2020 and the couple left captions welcoming their baby girl into the world.

Thoe is a father of three children, he had two children in his previous relationship with Rose. And has welcomed a baby girl in his new union with Vourné.

In 2008, Theo walked into the limelight and since then he has failed in giving music lovers and fans hit songs. He has contributed a lot to the Mafikizolo band and the Mzansi music industry.

The household name is loved by many music lovers for his style of music and has the will to collaborate. He was also was a representative at Gallo Record Company.

He has taken home several awards and received many nominations alongside Nhlanhla Nciza. In a space of four (4) years, 2014-2018, they took home twelve awards.

He has also received an award as an individual for Best Afro Pop Album. at the 2011 South African Music Award.