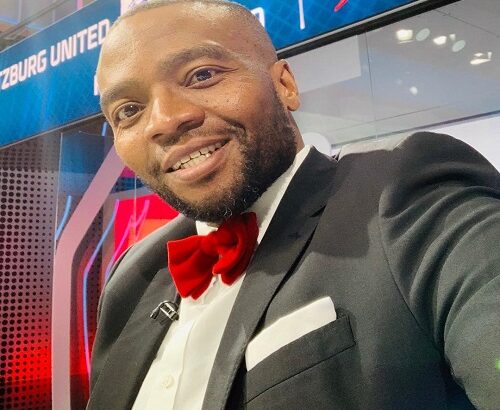 His mother is Dr. Botlhale Tema, a scientist, author, educator, consultant, and entrepreneur.

Thabiso is married and the couple met during his wife’s workdays at RSG radio, an Afrikaans radio station. The marriage is blessed with two (2) daughters.

Thabiso began a career in radio broadcasting at SAfm in 1997, he was a sports presenter.

Two (2) years later, in 1999, he became a soccer commentator on television. Later, he became a presenter, scriptwriter, and voice artist.

The following year, in January 2009, landed a job as a presenter and commentator on the SuperSport channel. Thabiso then joined Radio 2000.

He was also among the team that assisted with the launch of Power FM in 2013. It is the first black-owned radio station in South Africa.

Thabiso became the editor of Destiny Man magazine after he was appointed to the position in 2016.

He was also in the team that launched PowerFM, South Africa’s first black-owned talk radio station.