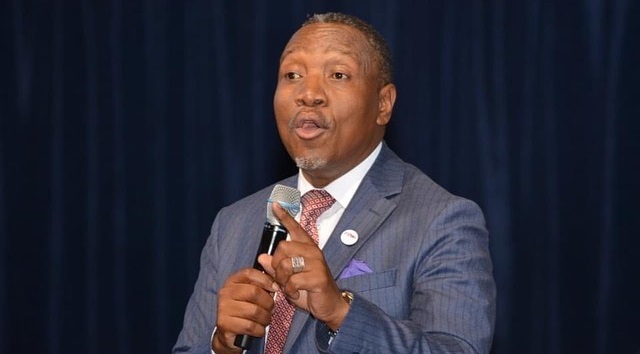 Stephen Zondo (born on January 24 in Free State) is a South African clergyman. He is a senior pastor of Rivers of Living Waters (RLW) Ministries. The fast-growing church is located in Sebokeng, southern Gauteng, South Africa.

In early 2021, the pastor made headlines for being allegedly involved in fornication and sex scandal. It ended up being a huge blow in his office and marital home.

The day he celebrates his birthday is on January 24th and the place of birth is in Heilbron, Free State. Archbishop Zondo holds a diploma in Theology from the Rhema Bible Training Centre, Johannesburg, South Africa. He also studied for a Degree of Master of Christian Education. He obtained the degree from the International Apostolic College of Grace and Truth.

He also holds a Degree of Bachelor of Christian Education at Grace International. Archbishop Zondo is also a Doctorate Degree holder from Christ the Lamb School of Theology.

In 2013, Zondo was conferred with the Degree of Professorship, Doctor of Divinity (DD). He was also Consecrated to the Holy office of Archbishop, by The Interdenominational Theological Centre (ITC).

Stephen Zondo is married to pastor Seabi Zondo, a fellow senior pastor of RLW. The couple has enjoyed and is still cherishing every moment of their holy matrimony for thirty years.

In January 2021, reports covered that his wife has allegedly left her matrimonial home. This followed after he was caught cheating on Seabi with a member of his church. This unfortunate incident allegedly happened at his church office.

The archbishop has been involved in several scandals and has gotten many tongues wagging. In 2018, he was accused of using other people to make himself rich.

This accusation followed after the church made a shocking reveal that it would make tables available for R25k. These tables would be sold at the church’s gala dinner.

In its defense, the church claimed in a statement that it intended to host the gala dinner to hopefully raise R100m. The money generated would be used to build a community center.

In January 2021, Stephen was reportedly caught in his office cheating on his wife with a member of his church. A member of the church told IOL that his wife had not been going to the church after she discovered it.

Still, in January 2021, SowetanLIVE reported that a senior pastor from RLW Ministries defended the Archbishop. This followed after several women accused him of rape.

However, Lydia Malete told CRL Rights Commission that her relative who claimed that Stephen raped her was lying.

The popular ministry started in their four-room house with Seabi and their son (three people). Today, it has grown to over fifty outreach ministries in the country and beyond, Botswana. Through several humanitarian projects and others, they have touched millions of people around the world.

The church can accommodate over twenty thousand members in over forty thousand branches. He also reaches many television viewers through his sermons on television. Stephen’s sermons are broadcast on Dumisa, Soweto, Tshwane TV, and One Gospel.