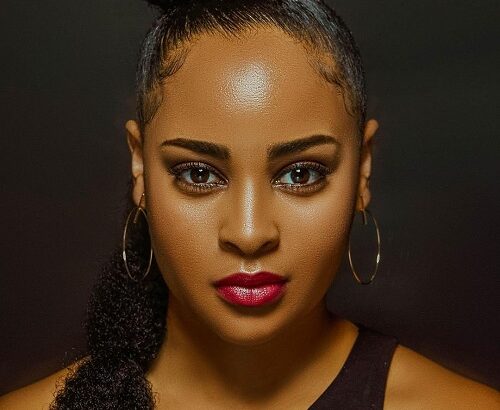 Stephanie Sandows (born 29th October 1991 in South Africa) is an actress. She is known to many television viewers as Ingrid from Scandal, an Ochre Moving Pictures production.

Her Facebook profile reads that she owns SAVS (Pty) Ltd and the co-founder of Coilsnkicks.

Stephanie Sandows is 29 years old. She celebrates her birthday every year on October 29th.

She holds a Master’s degree in Applied Linguistics from the University of Johannesburg. She did her Master’s degree while she created subtitles for the telenovela, Scandal.

She was a presenter at a religious program for children Bonisanani before she became a television presenter.

Stephanie landed a cameo role in Scandal before getting a spot on the main cast of the show.

She portrayed the role of Ingrid, the character happens to be Wesley Thompson’s daughter, on the show.

She hosted the e.TV show Craz-e, a kids alongside Thulisile Phongolo.

She also was a host on Sistahood, a youth program and she played the role of Tsholo on MTV Shuga.

Stephanie Sandows and Petronella Tshuma, an actress are besties. Yes! The two (2) beauties are BBF and they do adore one another.

Petronella took to Instagram to gush over her friendship with Stephanie, this was after Stephanie turned 28.

“A very special Happy Birthday to my bestfriend…my shoulder to cry on, the one I don’t go a day without talking to and most importantly my children’s God-Mama.”

“How God has blessed me with such a true friend. Thank you for your love and support. I wish you so much the beauty of the world has to offer. God is taking you to great heights,” she gushed.

Stephanie is married to Hungani Ndlovu, a South African actor. In 2015, he joined Scandal playing the role of Romeo Medupe. The following year, in 2016, they started dating.

Her parents were glad that they were going to welcome a new son when they made their marriage plans known.

In February 2020, Hugani and his wife Stephanie trended on social media. This followed after they posted pictures of their wedding ring on Instagram, a photo-sharing app.

This triggered speculations from fans that they had a secret marriage.

The next month, in March, the couple uploaded a video containing their lavish wedding on their YouTube Channel.