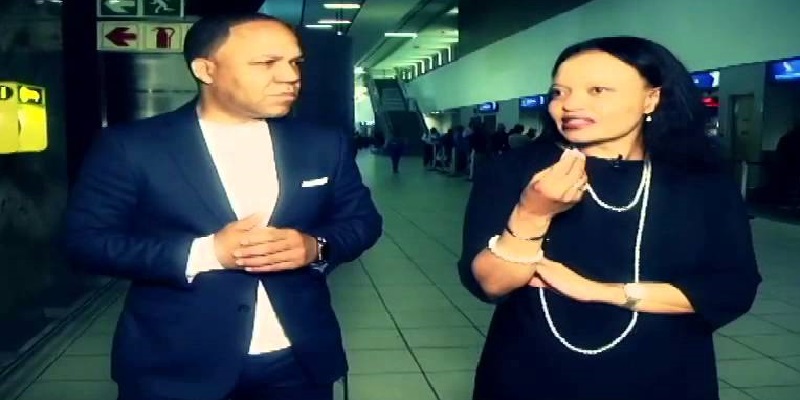 Siza Mzimela (born Sizakele Petunia Mzimela) is a renowned South African business personality. She has made a name in the industry which has earned her the record “the first black woman to start an airline”.

Mzimela established the start-up airline Fly Blue Crane and had a successful launch of the airline on 1 September 2015. She is also the Chief Executive Officer (C.E.O) of the company.

She has been receiving recognition from top organizations and in 2011, Forbes listed her among the most powerful women. She has grown to be a source of inspiration to many people in the country both male and female.

She has been recording several achievements for many years now at a fast pace. Siza has been working for more than ten years. Though she rather maintains a cagey private life, the success she records brings the business figure to the limelight.

Siza mentioned that she is the second-last born of her parents. Siza was born into a family of eleven children and has ten siblings including five brothers and five sisters.

Her parents had her in South Africa but she grew up in Swaziland under the care of her elder brother. At first, her brother relocated to study and upon graduating, he settled in the country. After which he took on the responsibility of catering for some of his siblings.

Upon moving to live with her older brother, Siza had her education in the new country. She came back to South Africa when her academic pursuit was complete.

Though she has managed to keep things about her private, as earlier mentioned, we could gather information from her profile on LinkedIn.

She graduated with a Bachelor of Arts (B.A.) in Economics and Statistics from the (UNISWA), now University of Eswatini (UNESWA).

In January 1996, she got a job as a research analyst at South African Airways (SAA), the country’s national airline.

After which she became the Chief Executive Officer heading the global sales and SAA’s Voyager loyalty program. For two years, April 2010 – October 2012, she served under the position.

She has also held other notable positions including members of the board of governors of the International Air Transport Association, Miami, Florida, the United States.

In 2017, she began to serve as interim CEO of South African Express after her appointment to the position. In April 2020, she became the Chief Executive Officer of Transnet’s freight rail division.

Her profile on LinkedIn gave more detailed information on her professional life starting from 2001.

For a year, 2001 to 2002, she served as the Executive Vice President of Global Passenger Services at SSA.

In the year that followed, 2002 to 2003, she landed another role as the Executive Vice President of Global Sales and Voyager at SSA.

More opportunities opened as she had a long tenure of seven years in her new role. Siza occupied the position of the C.E.O at SSA from 2003 to 2010.

In the same year, 2010, she landed another job as the Chief Executive Officer at SSA. She left the position after working for two years in 2012.

In December 2012, she became the Executive Chairperson at Blue Crane Aviation and served until May 2018.

Reports by Business Tech covered that she earned a salary of R4.96 million (every year) during her days at South African Airlines (SSA). Though the business site report did not give an estimate of her net worth.

A collective effort by Mzimela and former colleagues at SSA, Theunis Potgieter, and Jerome Simelane gave birth to something big.

Together they launched Fly Blue Crane on 1 September 2015 and after a year was already a big grand. It grew to employ the services of over a hundred people.

In 2016, the airline was not able to pay the debt it owed thereby suspending its operations in February 2017.