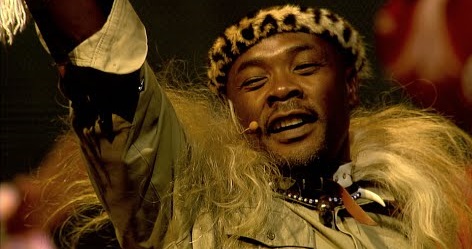 Siyabonga Thwala (born 17 March 1969 in Umlamzi) is a South African television and stage actor, television host, producer and businessman. The actor has risen to prominence in the entertainment industry following his exceptional talent in acting.

His performance in the soap opera Scandal! earned him the nickname ‘Ruthless Publisher’.

This actor is not a new face in the South African entertainment scene. Siyabonga played the role of Paul Mashaba in Generations. He appeared severally in the SABC1 soap opera for a long period.

The popular actor was born on 17 March 1969 and the place of birth is in Umlazi, KwaZulu-Natal, South Africa. Siyabonga Thwala is 52 years old. The actor has managed to remain cagey about his private life.

Apart from exhibiting exceptional talent on the screen, the veteran actor is a family man. He is married to Thandi Twala, his beautiful wife. The couple rather keeps their marriage affair out of the public eye.

He boasts of over three decades of experience in the entertainment industry.

On 10 January 2005, he appeared on local screens playing the role of the ruthless publisher Vusi Zwane in Scandal! On the E.tv soap opera, he played the role for two years and left the show on 21 May 2007.

After his exit from the show, he landed a starring role in the soap opera Generations in 2007. Upon playing the role of Paul Mashaba, Kenneth’s (Seputla Sebogodi) brother for three years, he left in 2010.

He appeared first on the screen in 1996 in the made-for-TV movie Born Free: A New Adventure. The same year, he landed a cameo role in episode 5 of Season 1 of the TV series Tarzan: The Epic Adventures.

In 1998, he turned down the role of Godlieb Mofokeng in Isidingo, an SABC3 soap opera since he was not prepared for a long-term commitment on TV. The role was then played by Rapulana Seiphemo.

Though he later agreed to play a lesser role of J who is a former liberation-struggle cadre. In 2003, he landed a recurring role of Jimmy on season two of Gaz’lam.

Siyabonga has also made theater appearances and was featured in the shows;

In 2005, he played the lead role of newspaper publisher Vusi Zwane on Scandal! He took home the Golden Horn for Best Actor in a TV Soap in October 2007 at the second annual SAFTAs.

In the same year, 2007, Siyabonga made his debut in the soapie Generations. He played the role of Kenneth Mashaba’s brother Paul until 2010.

Another starring role followed the renowned actor as acting opportunities came knocking. He starred as the high-profile taxi boss and savvy political player and leader Mpiyakhe Zungu in isiBaya.

The role he played earned him an award at the Royalty Soapie Awards.

The veteran actor has taken home several awards and nominations. The impact he has made in the industry for over thirty years has made him smile home with several awards.