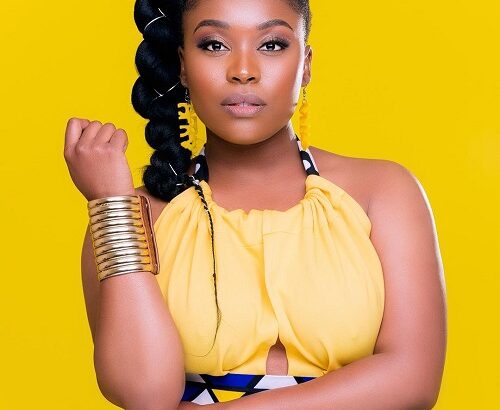 Sive Mabuya (born on 26 April 1993 in Cape Town) is a South African actress. She is known to many viewers for playing the starring role as Angela-Jane Elison (a.k.a. AJ) in High Rollers, an SABC3 soapie.

Her date of birth is on the 26th of April 1993 and the place of birth is in Cape Town, South Africa. Sive Mabuya is 28 years old, she celebrates her birthday every year on April 26th.

She was born in Cape Town but Sive grew up in East London. Her passion for acting was triggered when she did drama at school and church.

She relocated to Johannesburg to chase a full-time career in acting. She speaks three (3) languages including English, Xhosa, and Zulu.

In February 2015, she had her first big break, she was among the five (5) winners of the MAQamovie competition for amateur actors. The competition was sponsored by a washing powder brand.

With this achievement, the door to featured in the film Skorokoro, directed by Darrell Roodt opened.

In 2015, she played a starring role in The Ring, an M-Net Original Film, produced by M-Net’s 2015 Magic in Motion Academy interns.

In 2016, Sive landed another starring role in The Lucky Specials, a feature-length film.

In July 2016, she landed a recurring role of Faith in Sober Companion, an SABC3 dark comedy-drama series.

In September the same year, 2016, she made her debut appearance as AJ in High Rollers, an SABC3 soapie High Rollers.

The following year, in 2017, she landed a guest-starring role on Scandal!, an e.tv soap opera playing the role of Xolile. She made her debut appearance on 25th May.