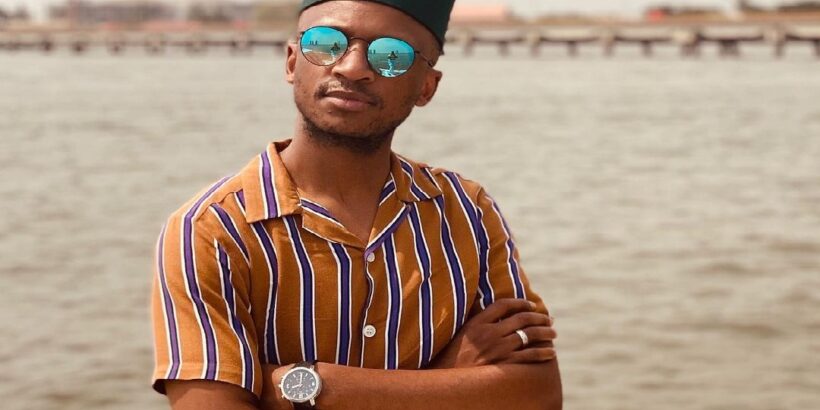 Sipho Ngwenya (born on 25 July 1982) is a South African actor and musician. He rose to prominence for appearing on the popular SABC1 soap opera Generations. He played the role of Ajax on the show for four years.

Television viewers and lovers of good music are familiar with his face and voice. Do you think that is the limit of what he can do? You thought wrong! He did a perfect job presenting and producing his TV show Hype.

His date of birth is on 25 July 1982 and the place of birth is in Kimberley, Northern Cape, South Africa. Sipho Ngwenya, 38, laid his foundation in academics at Zingisa Primary, a Xhosa school in Galeshewe.

In 1989, when he was aged seven, he relocated with his younger brothers, Rodney and Wandile to Cape Town.

There he finished his learning from Grade 2 to 5. Six years later, in 1995, he relocated to Johannesburg and registered at Rivonia Primary School.

There he completed his primary school academic pursuit. While in school, he took part in several sporting activities. He was active in crickets, soccer, athletics, and karate.

His school of choice was not a difficult decision to make for young Psyfo. He attended an audition held at the National School of the Arts. There Ngwenya auditioned for acting and fine arts, and he was accepted to do both.

In the institution, he was to select one discipline to major in and Ngwenya selected to do drama.

Sipho ‘Psyfo’ Ngwenya is married to Aamirah Mirah, his long-term girlfriend. They exchanged their marital vows on 21 November 2020.

They decided to climb another ladder in their relationship after being together for over two years.

He made his first appearance on local television after landing the job of a presenter and one of the lead singers on Kideo Pops.

Psyfo walked into the limelight as a young star, this opened more doors for the young presenter.

He got a job at Star Search, the show hunts for young talents – dancers, actors, and musicians, which went are around South Africa (1996 until 2000).

In 2001, he matriculated with full colors for Drama. After which, he decided to take a year off for an internship at A&P Film and Video.

There he gained experience on the happenings behind the scenes of TV production.

He became the production manager for Sandra op ‘n Drafstap, a show for kykNET presented by Sandra Prinsloo.

In 2003, he joined YOTV, a SABC youth block, as a presenter and producer for the show Hype. The success recorded on the show gained him more opportunities and open doors.

Psyfo was opportune to be the presenter and to co-produce Wildroom, a live youth show. The show served as a platform where he held interview sessions with big names in the entertainment industry.

In 2006, he recorded his big break on television after landing the role of Ajax on Generations, one of the biggest soap operas in the country. Many viewers of the show fell in love with the character and his personality in reality.

In 2013, Psyfo landed an acting role in Rockville. On the Mzansi Magic drama series, he played the role of Sandile Nkambule.

He was cast as Thabo K (starring role) in an episode of Mzansi Love: Kasi Style. His character in the e.tv anthology series is a charismatic actor, singer, and celebrity.

In 2004, he decided to further make use of his talents, and this time it was singing. To further train and develop his passion for music he was raised by an opera singer, June Kraus.

During his high school days, he was in a rap group The Benjamins with Sean Pages and Morale. Though with time, the group broke up.

Eventually, he signed a year deal with the label Sting Music. He dropped his first single under the label titled Don’t Be Scared. The year 2005 saw the release of his self-titled debut album.

It housed several hit songs and featured heavyweights in the music industry including ProVerb. He produced the album all by himself.

He has also dropped several other albums and is making progress in the music industry.

In 2004 he released the album Story to Tell, Another album titled Afterpart followed in 2007, and the next is Music, Love, and Fame in 2011.

In 2005, he decided to launch his label Sid Records. The label has produced music for many artists.

While he focused his attention on growing Sid Records, his record label, he got his show on radio Lekwafusion on Transafrica Radio. The show premiered on February 1, 2012.

Sipho Ngwenya is very active on social media and boasts of over eighty-nine thousand followers on his verified Instagram account. On Twitter, the musician has over 144 thousand followers. He shares stunning pictures of him, his love life, lifestyle, and more.