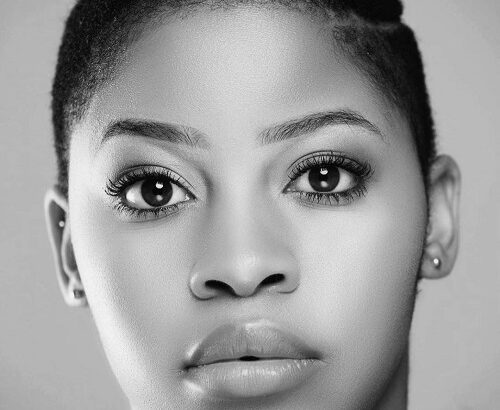 She is popular for playing the role of MaZet on Gomora, an Mzansi Magic drama series.

The actress has gained popularity and has become a household name since her first appearance in acting in March 2020.

Her date of birth is on the 4th of August 1997 and the place of birth is in Mofolo (Soweto), Gauteng, South Africa.

Siphesihle Ndaba is 23 years old. She celebrates her birthday every year on August 4th.

Siphesihle grew up playing the trumpet at church and then climbed to play the trombone as a member of her high school orchestra.

She is also good at sports, she played touch rugby, tennis, and cricket.

She was raised under the care of her single mother and her grandmother.

She completed her high school education at Oprah Winfrey Leadership for Girls school.

Siphesihle Ndaba furthered her studies at Rhodes University, she graduated with a Bachelor of Social Science degree (2016-2019).

She majored in Psychology, Economics, and Drama and graduated with Honours in Dramatic Arts.

She specialized in acting, physical theatre, and applied theatre.

She was a director of a theater play titled Skinned at The National Arts Festival Fringes in 2018.

Two (2) years later, she landed her debut role on television playing as MaZet in Mzansi Magic telenovela Gomora in March 2020.

The character, MaZet, is a gorgeously dangerous lady from Alexandra who tempts Ntobeko into a life of crime.

She shared a funny encounter she recently experienced after traffic cops mistook her for her character Mazet.

She has gained the love and captured the hearts of South Africans with her role as MaZet on Gomora. On the show, the female gangster often steals cars with ease.

She shared on Twitter traffic officers who suspected she may have stolen her car pulled her over.

“Just got pulled over by traffic cops, and it was honestly the funniest experience.”

“I knew it was gonna go south when I rolled down the window and he said ‘Hau Mazet’,” she tweeted.

She told her fans about the questions she was asked.