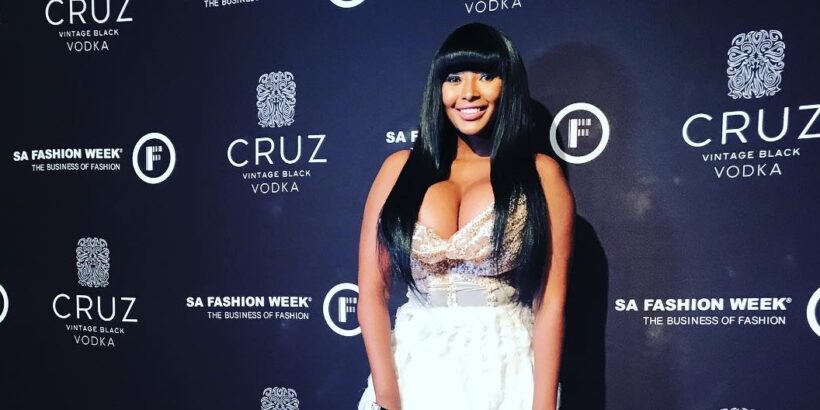 Sinazo Yolwa (born 26 July 1988) is a South African actress, model, MC, and TV presenter. She is popular on the screen for appearing as the host of the popular show The A-List.

Appearing on the SABC3 entertainment variety program in 2010 was her debut presenting gig on television. Ever since she has continued to grow her fan base and presence.

Her date of birth is on 26 July 1988 and she was raised under the protective care of a single mother. Sinazo Yolwa is 32 years old.

The popular actress was the only child during her childhood days until she lost two (2) of her aunts. In 2004, with the primary aim of completing her high school education, she had to relocate to Cape Town, South Africa.

She was in Khayelitsha for a few months but had to search for a place closer to Sea Point because of the distance she covered every day.

Luck smile at her and she found somewhere closer, Sinazo found a place to stay at Green point and that was where she stayed until her matric in 2006.

She had her matriculation in 2006 with two (2) distinctions, English and Afrikaans. Sinazo received the Stephen Young Scholarship, at the time it was the highest honor a student at Sea Point High could receive.

Two years into her studies, she received the UCT Association of Black bursary. She finished her academic pursuit in the Institution in late 2010.

She is a model, actress, Master of Ceremony (MC), and television presenter. Sinazo drew the attention of many television viewers after she appeared on The A List.

She landed a job as a host on the SABC3 entertainment variety programme. Though it was her first presenting gig on television, she did a great job.

In 2012, she became the entertainment correspondent for The Link, an SABC1 lifestyle magazine programme.

In the year that followed, 2013, she made her first appearance as a host on the season 3 of So You Think Dance, an SABC1 reality show.

In the same year, she landed a job on The Real Goboza, an SABC1 entertainment show, replacing popular television host and actress Pearl Thusi.

She has done several TV commercials for big brands and played the role of Victoria in the M-Nets The Wild. She was also cast as Sindi on Impilo, PEP’s radio drama series.

In 2011, she appeared on the Tshwane TV environmental show Water is Life playing as a presenter. In November the same year, she landed another presenting job on Top Billing. She was a part-time presenter on the SABC3 magazine show.

The following year, in 2012, she joined The Link and also landed another presenting role on Zoopy, an online video site.