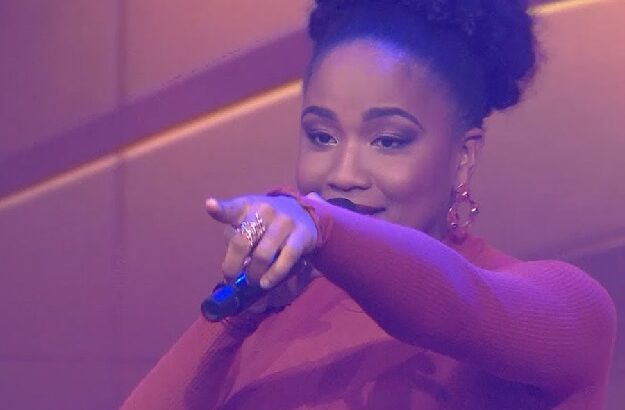 She walked into the limelight upon dropping her first album, ‘Tugela Fairy’ in 2018.

Her date of birth is 1996 and the place of birth is in Tugela Ferry, a rural area in KwaZulu-Natal, South Africa. Simmy is 24 years old.

She was born into a family of four (4) children, she is the youngest of her siblings.

Though she was shy while growing up, which affected her interaction with people, Simmy played with boys in her neighborhood.

She climbed trees and walls which explains why she has a few scars. In an interview with BONA, Simmy says she spent most of her weekends at her grannie’s.

Her grandmother’s house was a stone throw from her home, it took her thirty (30) minutes to walk from home.

Her father introduced her to music, she could remember his return home late from work, park beside her bedroom window, and played loud music.

Simmy studied ‘Social Sciences’ at the University of KwaZulu-Natal (UKZN).

She kicked off her career after auditioning for the ‘South African Idols’ and also ‘South Africa Got Talent’ but was unsuccessful.

Simmy had to prove she could by singing, he was impressed and wanted collaborations with her but she turned down the offer. She wanted to obtain her degree first.

Then she released her first studio album Tugela Fairy, the song was featured in Apple Music artist Spotlight.