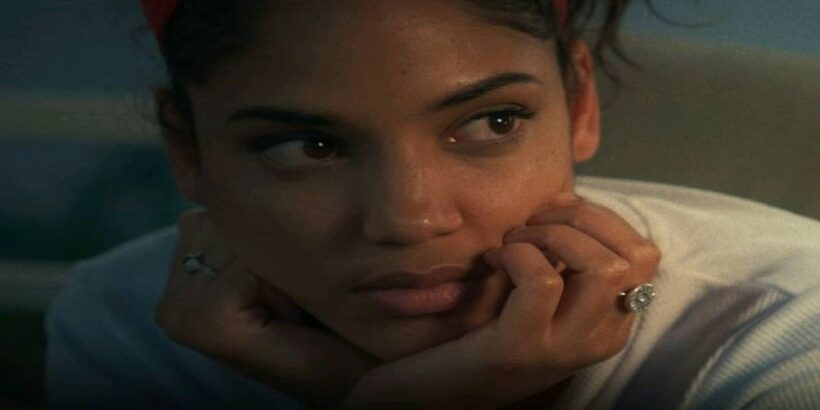 Shamilla Miller (Shamilla Ismael; born 14 September 1988) is a South African actress. Viewers of television know her for playing the starring role of Ayesha Ibrahim on Amaza.

The character on the SABC1 youth drama series is the underdog among friends who are students who lives in Muizenberg.

Many fans like her for her style of acting, she has also grown her fan base with her ever-stunning looks.

The fast-rising actress possesses attributes that would help her go far in the entertainment industry.

That has also helped with creating opportunities for her so far. In the second season of the comedy-drama series Forced Love, Shamiller is portrayed as Chanel.

Her date of birth is on September 14, 1988. After she was born, her parents named her Shamilla Ismael as her birth name.

Though, she appears on television cast and social media as Shamilla Miller. To mark her birthday, the actress celebrates once a year on September 14th.

The fan-favorite actress attended Hottentots Holland High for her high school academic pursuit. Starting in 2001, she ran a four-year academic program and graduated in 2005.

In the year that followed, 2006, she got admission into AFDA Film School, South Africa.

While at the institution, she studied for a Bachelor’s Degree in Motion Picture and Live Performance.

After the year scheduled for the study was complete, she had her graduation in 2009.

When the name Shamilla Miller is mentioned, the television serials Blood and Water and Dead Places come to mind.

She has been cast in several other popular drama series including Ayesha Ibrahim in the SABC1 drama serial Amaza.

In 2015, the actress has also appeared in season 2 of the comedy-drama series Forced Love.

The next achievement she recorded in her profession is a big one.

She was among the hopefuls who were present for the audition for the BET reality competition Top Actor Africa.

She made it to the top twelve of the competition and has also had a role to act in several television shows.

Shamilla Miller made it on the cast of Blood and Water, where she played the role of Riley Morgan.

Appearing in the paranormal movie Dead Places gave her more fans who love her character, Kelly.

The character is a popular socialite who makes a decent earning from sharing live videos.

The role Chanel is another known role she played. She was cast in Forced Love second two and played the role of Daniella in Isindingo, Season one.

On The Docket, she appeared as a Guest Star. Another fan-favorite role she played is Jenna in The Girl from St. Agnes, Season one and no doubt, Shamilla is indeed an asset in the movie industry.

Shamiller is the person behind Hilda in season three of Z’bondiwe (The Chase).

Sources online reported that Shamilla is dating Clifford Joshua. Yea! She is in love and is taken, sorry guys!

The report further covers that the actress is in love and has been with her boyfriend for two years.

Having a lady like Shamilla as a partner doesn’t come easy, well we could agree Clifford Joshua is a lucky man, right?! We wait patiently to see her flaunt her wedding ring.

She is also a popular face on the Netflix original series titled Blood and Water. Appearing on the show as Riley Morgan, who is married to Chad Morgan.

Well, unlike her real-life partner, Chad broke her heart after he was caught cheating.

Chad, a swimming coach at Parkhurst High School, was a disappointment to his wife after he was caught cheating.

Oh yeah, he was in another relationship outside his marriage even though Riley was pregnant at that time. Chas was in a romantic affair with Fikile (Khosi Ngema).

After she discovered it, she was unable to bear it and then decided to leave the marriage. So she did call their marriage a quit and then her husband lost his job.