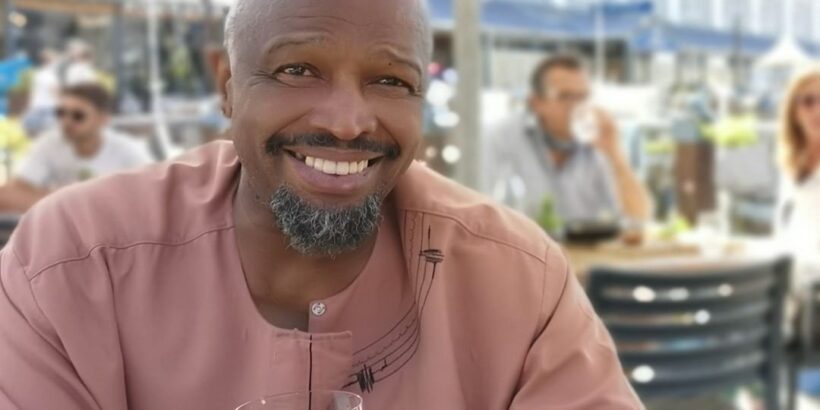 Sello Maake ka-Ncube (born 12 March 1960 in Orlando) is a South African actor. He has been on the screen for quite a long time. His way of acting makes it difficult to differentiate acting from reality.

The Soweto-born actor gained popularity after he was cast on the soap opera Scandal! He played the role of Mr. Daniel Nyathi in the popular soapie. Acting is not the limit of what he can do, he is also a talented voice artist.

His date of birth is on 12 March 1960 and the place of birth is in Orlando, a township in the urban area of Soweto, South Africa. He was raised in Atteridgeville, Pretoria.

To honor his stepfather who raised him he decided to change his name. He adopted the new name Sello Maake Ka Ncube. His passion was greatly influenced by his love for watching movies.

In 2013, Sello got married to Palesa Mboweni, the couple did not get a ’till death do us part’ ending. After eight months into their marriage, they ended the union.

Reports covered that his wife was not making things easy for him. She allegedly set his two cars ablaze, gave away her husband’s clothes, and even locked him out of their home.

Seeing that nothing could mend their marital life, he chose to end the marriage thereby filing for a divorce.

He is a proud father of six children. Tragedy struck after he lost his oldest male child in an accident. The unfortunate incident happened when the child was twenty-nine.

Sello is now left with five children – Neo Tsagae, Lindo, Lerato, Onkgopotse, and Akhona. According to the report, the accident occurred around April 2011.

His son was traveling in a car that lost control when it was close to the Xavier Street off-ramp on the South African M1 Highway. As a result, the car collided with two poles which led to the death of Mxolisi Maake Ka-Cube.

By our works, our impact can be calculated, same with the actor who boasts of over four decades of experience in the industry.

During these years, he has landed several roles on television and featured in several big shows in the country. The actor has made notable appearances in;

He has also landed roles in several blockbuster movies and films. Sello is popular for featuring in;

The impact he has made in the entertainment industry is incomplete without naming his appearances in several TV series. Television viewers are familiar with his face and he has impressed them with his exceptional style of acting.

He appeared on the popular South African soapie, Generations as Archie Moroka, a rich businessperson. In the bid to pursue an international career he quit his role on the show.

Sello also appeared on another popular soap opera Scandal! Another notable role he landed was Kgositsile on Queen, an Mzansi Magic telenovela.

Like anyone could guess, a big name in the industry comes with a big salary. He has earned a big name for himself and in return receives a huge payment.

With his experience in the entertainment industry and the roles he has landed so far, no doubt, he is living big. According to Briefly, Sello Maake ka-Ncube has an estimated net worth of around USD 13 million.

The veteran actor boasts of over forty years in the industry yet he has managed to remain relevant. The household name is making a name for himself and landing the best deals even in the face of competition.