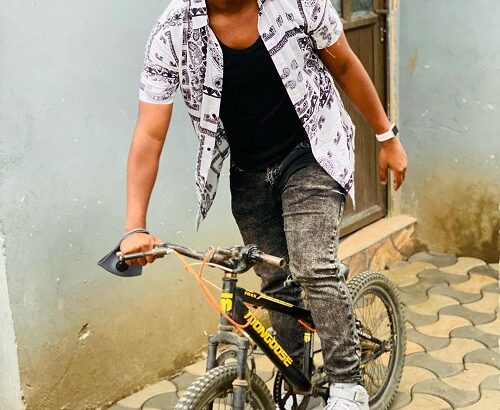 He walked into the limelight after dropping his hit gospel single Hallelujah Nkateko.

He is also a member of Joyous Celebration, a South African Gospel choir.

Sbu’s has gained popularity for the powerful vocals he uses when ministering in the church.

He has released many spirit-lifting studio projects and tracks gaining him much popularity in the country.

His date of birth is 1986 and the place of birth is in Inanda, KwaZulu-Natal, South Africa. Sbu Noah is 34 years old.

He hails from Umlazi and grew up under the care of his mother with his two (2) siblings and comes from a humble beginning.

The gospel artist managed to conquer the challenges that he faced.

He was aware of his singing talent but lacked the passion in the field.

He focused on his academic pursuit and wanted to make a career out of it.

In 2003, he had his matric and furthered his academic pursuit. Though he encountered challenges as his mum, who was the breadwinner, fell ill and it affected their financial status as a family.

He managed to further his academic pursuit in the University. Sbu finally graduated with a Degree in Anatomy.

His major music breakthrough came during his days as a vocalist under the Joyous Celebration Gospel group.

The group’s hit song ‘Hallelujah Nkateko’ made waves in the gospel music scene.

His journey in music dates back to the time he watched a backstage talent search audition in Durban.

After he was asked to audition, Grace Mahlaba spotted him and progressed to his major music discovery.

In 2008, he started to attend ‘My Father’s House church’ and joined the choir.

There, he was spotted by Lindelani Mkhize, a member of the Joyous Celebration Gospel group, and joined the group in 2012.

It is his debut official solo studio project that was dropped in 2019. It housed many great tracks.

He has also made appearances on television and radio, he is the host of a Gospel show on Dumisa TV.

He has received the nomination on various Gospel awards in South Africa.

In 2019, Sbu Noah was nominated for the Best Gospel song at the SABC Crown Gospel award.

Fans and lovers of the music group ‘Joyous Celebrations’ reacted after reports surfaced that Mthembu was leaving.

The report covered that he wanted to quit the group to focus on his solo career.

A report by Daily Sun covered that the singer had left the award-winning gospel group and was working on a new album.

“The claims are not true. He is still with us and we are recording in Cape Town in December.”