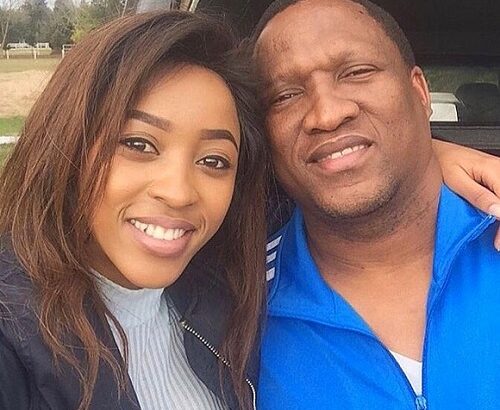 Sbu Mpisane (born in 1971 in Durban, KwaZulu-Natal) is a South African businessperson. He was served as a metro police constable in Durban.

He skyrocketed to be a wealthy business tycoon in the country. The businessman quit his job as a police constable and to join a construction business his wife owns.

His date of birth is 1971 and the place of birth is in Durban, KwaZulu-Natal, South Africa. Sbu Mpisane is around 50 years old.

Sbu and his wife, Shauwn Mkhize got married in the year 1991. The couple met at a party. They began to date and their marriage followed.

Shauwn is a beautiful, flamboyant, and rich lady. Like her husband, she was born in Durban, KwaZulu-Natal in South Africa.

She is the daughter of Florence Mkhize, a late ANC veteran and anti-apartheid activist.

Their union is blessed with two (2) children namely, Andile Mpisane and Sbahle Mpisane.

Andile’s date of birth is on the 15th of March 2001 and is seemingly closer to his mother.

His football passion started at his young age and today, he plays as a midfielder at the Royal Eagles FC.

Sbahle Mpisane was born on the 18th of June 1993 and graduated from the University of KwaZulu-Natal.

She is a ‘fitness bunny’ and has become a huge South African media personality.

His son Andile has accused his father of cheating and fathering other children.

In his post on Instagram, he shared that his father was not only a cheat but also fathers four (4) other children outside their marriage.

In 2018, Sbu and his then-wife Shauwn Mhkize had to end their marriage in a divorce.

His wife says that the marriage crumbled because her husband loved himself while she loved him that she got lost in the mix.

After the divorce, Shauwn claimed to have begun to ‘find herself again’.

Her son also accused Sbu of cheating on his wife as earlier mentioned.

In response to the accusation, Sbu said that the alleged statement from his son was written by someone else.

He continued that Andile wouldn’t say that about him and is not literate enough to write that.

He further cleared the air saying that his son is confused following the trauma of the divorce proceedings.

He was paid $15,000 during his days as a policeman but rode a Lamborghini to work. Sbu also lived in a mansion worth multi-million.

His family bought a property in 2017 and converted it into a showroom for their cars.

The renowned businessperson is known to have kicked off his career as a policeman in Durban.

His football team plays in the National first division as of last year. Speculations had it that the renowned businessman had to purchase Uthongathi, a football club in 2019.