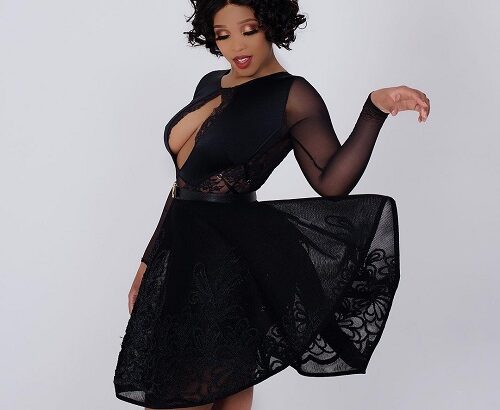 Sbahle Mpisane (born on 18 June 1993) is a popular South African fitness bunny. She has grown to be a popular celebrity in the country for her fitness videos.

She is the founder of Fitness Bunnie, personal training, and Bootcamp. Sbahle is also popular for being part of the Mpisane family.

Her date of birth is on the 18th of June 1993. Sbahle Mpisane is 27 years old. She celebrates her birthday every year on June 18th.

She is the daughter of Sbu Mpisane and Shauwn Mkhize. She has a younger sibling, Andile Mpisane.

She is a graduate of Housing and Town Planning from the University of KwaZulu-Natal. She had it in mind to continue their family’s construction empire.

Sbahle fell in love with fitness and wellness and it has taken over that.

While she was growing up, Sbhale was a shy girl. Her shyness came from her physic.

In 2014, she began her journey in fitness during her days in the higher institution.

She then began a personal fitness goal that grew to her profession today. This earned her the nick ‘Mzansi’s fitness bunny’.

She boasts of the 2017 Woman of The Year, Glamour Magazine awards.

She is the daughter of Sbu Mpisane, a businessman, and the step-daughter to Shauwn Mkhize.

She was welcomed into the family at a very young age, since then, her stepmother, Shauwn, has not failed to treat her as a daughter.

Later, the couple came back together and rekindled their love for one another.

The once-celebrated couple has gone their separate ways. While Sbahle was recovering, many blamed Itu for leaving her in a vulnerable time.

The reason why they called their relationship a quit is still not known.

She also revealed in an episode of KwaMaMkhize, that she is happy for the goalie who is happy in his new relationship.

Sbahle was in a road accident on 9 August 2018 at Yacht Mall close to Victoria Embankment.

The accident which happened around 4 am caused her to lose control of her car and had to collide with a light pole before she finally crashed into a tree.

The fatal accident had her hands and legs fractured. She was rushed to the hospital where she was attended to. In the hospital, she was visited by Itumeleng Khune.