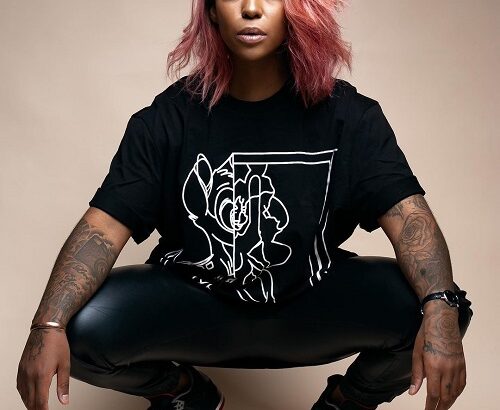 Sammy Sosa (born Sam Lehoko; 12 November 1990) is a South African DJ, radio and television personality. She is popular for being a Deejay on YFM.

She is also popular for being the presenter on Club 808, a gig guide e.tv music show.

Her date of birth is on the 12th of November 1990 and the place of birth is Eastern Cape, South Africa. Sammy Sosa is 30 years old. She celebrates her birthday annually on November 12th.

The popular Deejay, Sammy Sosa, pursued an academic career in art and photography.

Sammy Sosa is dating Deetoy Ramokhoase, from Sebokeng, in the Vaal. She is quite open about their relationship as she posts pictures of herself and King Deetoy.

The popular Deejay has also been spotted with her lover, Deetoy, and has also declared undying love for him on Instagram.

She is a mother to two sons named AJ and Noah. Sammy made an announcement in 2017 that she has given birth to a second child.

This shocked many of her South African fans as she did not reveal she was pregnant.

Upon spending three (3) years on UCT Radio, Sammy landed a job as a host of the weekly show Made Different at YFM.

Sammy moved to Metro FM as a host on Mo Flava, a morning show.

She landed a presenting job on the Vuzu filler block V Prime in 2015.

Still in the same year, in 2015, she became the host on Hustle, a Vuzu Amp reality competition series. The show is a talent search for the next breakout hip-hop star.