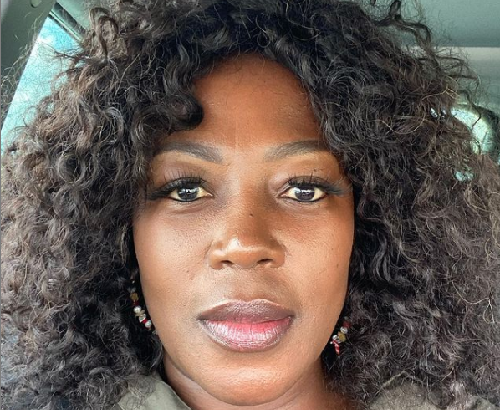 Rami Chuene (born 3 July 1975 in Polokwane) is a popular South African actress, author, and singer. The female celebrity is making a name for herself in the entertainment industry.

She has tried out several professions in the industry including radio work, writing, and singing. As an actress, she has featured in several soap operas and movies in the country. She is also a singer and has dropped the album ‘From Fear to Love’.

The popular actress’s date of birth is on 3 July 1975 and the place of birth is in Polokwane, Limpopo, South Africa. Rami Chuene is 45 years old. Her birthday celebration comes up every year on July 3rd.

The popular celebrity is also a proud mother of three (3) daughters. She had all her children from her relationship with Tsepo Desando. Her daughters including Kefiloe Chuene, Nthateng, Chuene, and Botshelo Chuene and look stunning like their mother.

Rami was married Tsepo Desando, a businessman and actor. The couple had their divorce in 2013 but she says she still loves love. The actress shared in an interview session with DRUM that she doesn’t see divorce as being a bad thing.

“Divorce is not a bad thing. The circumstances around it are what might be wrong. But getting out of something when you realize you have made a mistake, or you realize it’s not working, is not bad.”

She further says that she refuses to let the divorce define her. “It’s better to leave, than stay when you’re miserable”.

She paid a visit to Boiketlo Primary School situated in Limpopo and gave pupils new school schools which are part of a project distributing shoes to twenty thousand children.

Rami also works with another school situated in Vaal to assist raise money to buy uniforms for children.

In an interview session, she revealed that she was sexually assaulted when she was a young girl. According to her, she was raped two (2) different times by family friends between six and eight years.

“I was raped on two separate occasions by close family friends between the age of 6 and 8”.

According to her, she started to talk about the traumatic events after she wrote the book “We Kissed the Sun and Embraced the Moon”.

Rami has tried out several professions but walked into the limelight for being an actress. She has appeared in several movies and television series.

She is popular for portraying the role of Gracious Mabuza role on The Queen, a Mzansi TV series. She is also popular for playing the villain on the Mzansi Magic show “The Queen”.

She is a woman of many talents and is an author of the book “We Kissed The Sun And Embraced The Moon”. The book is a collection of ‘memoir essays’ and shares her personal story.