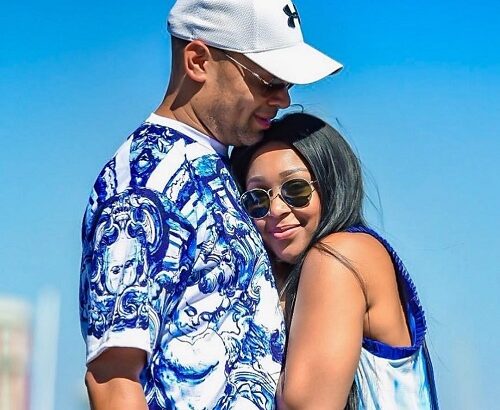 Quinton Jones (born on 1st January 1984 in California) is an Afro-American cameraman and producer at the Urban Brew Studios.

He is popular for being the husband to Minnie Dlamini, a renowned actress, and celebrity.

His date of birth is on the 1st of January 1984 and the place of birth is in California, in the United States of America. Quinton Jones is 37 years old and celebrates his birthday on January 1st.

He went to Pulaski Academy, he played on the football team all through high school. In 2003, as a senior, he won Pulaski Academy their first State Championship.

Quinton Jones is married to Minnie Dlamini, a popular television host, and actress. She has appeared on the TV screen for over eight (8) years now.

She was one of the judges during ‘Turn It Out’ on SABC1 in 2012. The following year, in 2013, she a guest judge during Miss South Africa, that year.

His career could be traced back to the days he was an American football player.

He developed his skills during his college days and upon getting out of college, he began a career as a football player.

He was a contract worker for the National Football League San Diego Chargers. The arrangement ended in August 2007.

Quinton later signed another contract with Saskatchewan Roughrider, a Canadian Football League team. There he worked until June 2008

He is currently a cameraman and producer at the Urban Brew Studios, responsible for the production of big shows.

The couple, Quinton Jones and Minnie Dlamini got married at a beautiful wedding.

They had a gorgeous traditional wedding at the Glenn Hills, Durban, Kwa-Zulu Natal.

The couple had their traditional wedding on the 8th of July in 2017. Popular celebrities including Anele Mdoda and Unathi Msengana were present.

On the 16th of September, 2017, they had a lavish white wedding at Lourensford Wine Estate, Somerset West, in Cape Town.