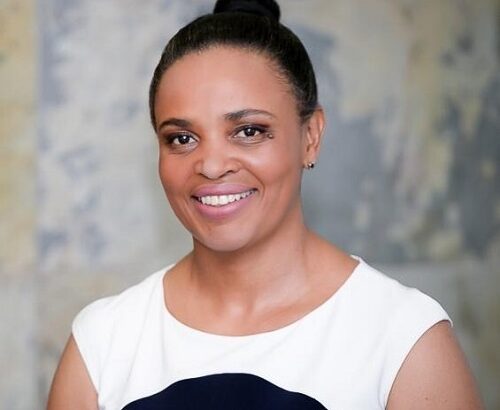 Portia Derby (born in 1972) served as director-general of the department of public enterprises. She co-founded and is the C.E.O of Ubu Investments Holdings Pty Limited.

The Transnet board endorsed her as a ‘preferred candidate for the position of Chief Executive Officer (C.E.O), which was vacant.

Reports by Sunday Times covered that, Portia revealed that she decided to go for an interview because she is prepared for deployment.

She served in the government of South Africa, occupying several senior positions, during the period of ‘major economic reforms’.

Portia is a board member of Ubank and the Africa Advisory board of Alexander Proudfoot.

Portia Derby got married to Brian Molefe, former Eskom CEO and former Transnet CEO. The couple has their divorce which was finalized a decade ago.

She is the founder of Ubu Investment Holdings Pty Ltd. She is the current Group Chief Executive Officer of Transnet SOC Ltd.

Ms. Portia is also a board member of Ubank Ltd. Initially, she occupied the position of C.E.O of Ubu Investment Holdings Pty Ltd.

She also served as the Chief Operating Officer of Trade and Investment South Africa.

She also the Chief Operating Officer for the South Africa Ministry of Trade & Industry.

She served as director-general of the department of public enterprises.

She took over the position of new CEO of Transnet, after a recruitment process run by Transnet’s board.

Ms. Portia formerly occupied the position of director-general of the department of public enterprises.