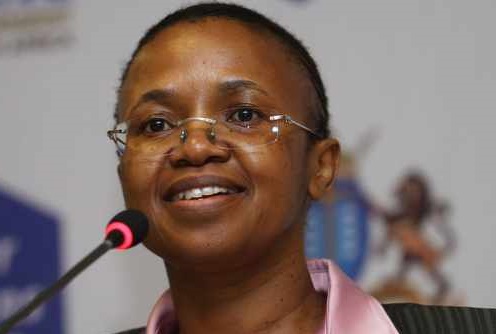 Phindile Baleni (born 1966/67) is a South African government bureaucrat. She has made a notable impact in the country and finding someone with her level of experience and expertise doesn’t come easy.

Recently, the president of South Africa has noticed how resourceful she could be in the presidency. Cyril Ramaphosa appointed her to serve as director-general of the presidency and secretary of the cabinet.

His office made the news public in an announcement on Wednesday 31 March 2021. Last year in a report, Business Live covered that she could be the next DG.

She occupied the position after succeeding Dr. Cassius Lubisi after his resignation in September 2020. Before submitting his letter of resignation, he served under the capacity for ten years.

She was appointed into her new position under section 84 of the Constitution of the Republic of South Africa.

Her father insisted that she attends a township school situated in Vosloorus. At the age of sixteen, she matriculated and immediately was accepted after she enrolled to study Law.

Baleni is also qualified for her newly appointed position in terms of academic qualification. She studied for a BProc and an LLB from the University of the Witwatersrand.

In 1994, the admitted attorney and conveyancer stepped into the leadership level of the public service. She was then transferred to serve in the presidency from the office of the premier, Gauteng provincial government.

Since 2015, she has served under the capacity of the director-general. In 1994, she filled the position of legal adviser to the then Gauteng MEC for housing and local government. After a two-year service, she left the office in 1996.

In the same year, she joined the City of Johannesburg, where she was instrumental in strategic planning, high-level project management, and the development of local government policy.

Later, she occupied the position of the CEO of Electricity Distribution Industry (EDI) Holdings. She played credible roles in setting up regional electricity distributors in South Africa

April 2011 saw her appointment as CEO of the National Energy Regulator of SA. Phindile left the position after occupying the position of the director-general in the office of the Gauteng premier.

She also has served on several other boards including;

She is married to Frans Baleni, a former unionist. The couple is loyal to the current president of South Africa, Cyril Ramaphosa. Her husband has also served as former general secretary of the National Union of Mineworkers, a position she has also occupied.