Percy Tau is a famous South African professional footballer who plays for the Egyptian club side Al Alhy in Egypt. He was born on May 14, 1994, in South Africa.

Tau began his career with Mamelodi Sundowns in the Premier Soccer League. He made his professional debut for the club on 25 February 2014 in the league against Orlando Pirates. He came on as an 85th-minute substitute for Domingues as Sundowns lost 1–0. Tau then scored his first professional goal for the club during a Nedbank Cup match on 22 March 2014 against Golden Arrows. His 90th-minute goal was the fourth and final goal for Sundowns as they won 4–1 against the Arrows. He then scored his first goal in an international club competition on 5 April 2015 in a CAF Champions League match against TP Mazembe. He scored the Sundown’s one and only goal of the match in the 84th minute as Mamelodi Sundowns fell 3–1. After two seasons and rarely appearing for Mamelodi Sundowns, Tau was placed on the club’s release list for the 2014–15 season.

He joined Brighton in 2018 but, due to work-permit complications, was loaned out to Belgian side Union SG with whom he won the Proximus League Player of the Season award.

Tau was named in the South African squad for the 2019 edition of the African Cup of Nations. He started in all five games for his country where they made the quarter-final stage, losing to Nigeria to deny them a semi-final spot.

On 29 July 2019, Tau signed for Belgian side Club Brugge on loan for the 2019–20 season. He made his debut for the club on the 2 August against Sint-Truiden where he scored in the club’s 6–0 home victory. On 13 August, he was sent off for a second bookable offence during a 3–3 away draw against Dynamo Kiev in what was only his second career Champions League game. Brugge went through 4–3 on aggregate. Tau appeared in the 2–2 away draw at Real Madrid on 1 October, where he assisted the first goal. 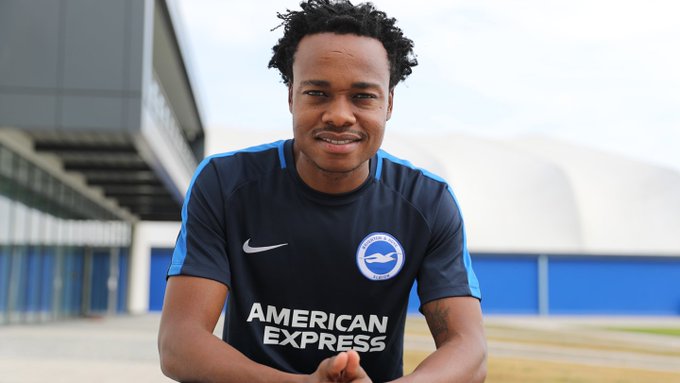 Tau made his debut for South Africa on 17 October 2015 in a 0–2 loss to Angola in a 2016 African Nations Championship qualification match. On 25 March 2017, he scored his first international goal in the 69th minute against Guinea-Bissau after receiving a yellow card two minutes earlier. On 13 October 2018, Tau was one of South Africa’s goalscorers as the nation recorded its largest ever victory with a 6–0 win over Seychelles in an Africa Cup of Nations qualifier. On 24 March 2019, he scored twice in a 2–1 win over Libya to secure South Africa’s qualification for the 2019 Africa Cup of Nations. His brace took him to four goals for the qualifying campaign, ranking him among the highest goalscorers in qualification.

Percy Tau is one of the South African high earners who plays football with a net worth of $1.5 Million according to Forbes & Business Insider.

CHECK OUT: Franck Kessie Biography, Age, Career and Net Worth