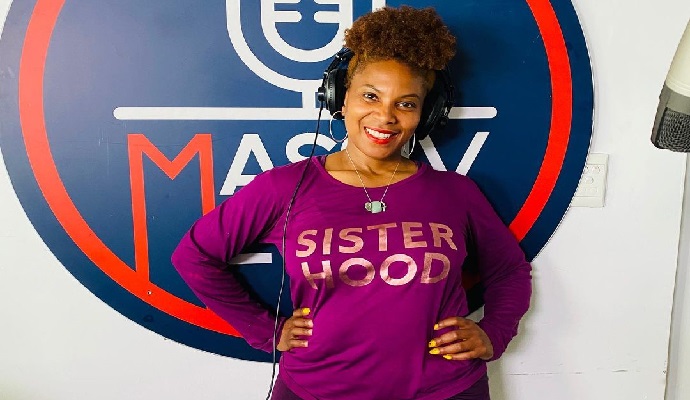 Penny Lebyane (born December 25 1976 in Bushbuckridge) is a South African radio deejay. Her confident personality has made many Mzasni fall in love with her. The 44-year-old is popular with many radio listeners in the country for working as a disk jockey at Metro FM.

If you could still remember, Penny sat as a judge at the M-net reality show Idols, season one which was held in 2012. Though, she has achieved a lot with her DJing profession.

In 2007, as a host, she co-hosted the eighth Annual Metro FM Music Awards. She was also a co-host on the SABC1 lifestyle show Motswako in February 2010. Penny eventually became an anchor on a breakfast show on e.tv show Sunrise.

The famous South African radio and television personality was born on 25 December 1976. Her place of birth is in Bushbuckridge, Mpumalanga, South Africa. Penny Lebyane is 44 years old.

She furthered her academic pursuit at the University of South Africa (UNISA). Penny Lebyane holds a National Diploma in Public Media/Communications.

The Nation discovered that the renowned disk jockey is a mother of two (2) children. She had two children, Takunda and Tamuka, with her ex Ali, Penny was not married to Ali rather they were in a romantic relationship. Though they did not take their relationship to the alter, they are blessed with children.

Penny Lebyane was dating Zimbabwean businessperson, Ali Naka. The couple called their relationship a quit in 2008 and the former Motswako host had to separate from her baby daddy.

After the separation, she went through a lot and had to deal with depression. She refused to give up on life following her past which is painful. The Bushbuckridge-born did not allow what the media wrote about her to define her instead she stood up and moved on.

Reports covered that she lost her personal belongings to an auction by the sheriff of the court. This followed in a bid to settle her debt, newspapers reported that Penny failed to fulfill a rental agreement between her and a certain company.

Penny is a Christian and a member of the Assemblies of God Church, Sandton. Christian teachings encourage followers to serve God with their abilities, the DJ is fulfilling her end. She is a Sunday school teacher and an usher in her church.

She is on the list of the most respected radio personalities in South Africa. Have you ever wondered why Penny is spectacular in the industry? She has been on the radio since she was a young child.

Penny began to work at the Voice of Soweto community radio station during her academic days, in Grade 12. The deejay is not popular on the radio alone, she is has appeared on television playing several roles.

She was the person behind the character Noxi in season 2 of City Ses’la and also contested on I Love South Africa (season 2). Penny was on the first season of Idol South Arica and appeared on the second season as a judge.

She was also on the show ‘It’s OK We’re Family and anchored season 1 of Sunrise. She captured the hearts of many Mzansi television viewers after hosting Season eight of The Metro FM Music Awards.

Penny appeared on season one of The Search: E! Host South Africa as the guest judge. Her previous roles on television opened her more opportunities landing her a presenting role on season nine of the SA Film and Television Awards.