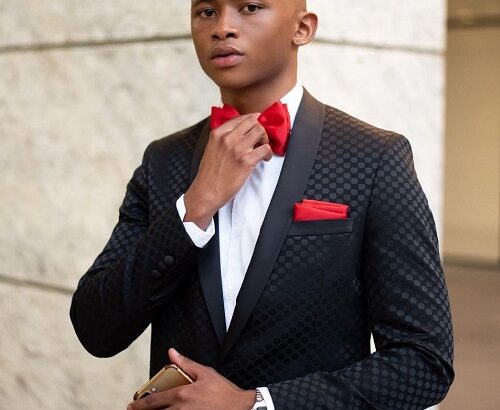 Ntobeko Sishi (born in 1998 in Durban, KwaZulu-Natal) is a South Africa actor, singer, and songwriter.

He is popular for portraying the role of Ntokozo on Gomora, an Mzansi Magic drama series.

He became famous in 2019 for landing a presenting job on Hectic Nine-9, an SABC2 youth show Hectic Nine

He had his studies at George Campbell School of Technology. He obtained a Bachelor of Commerce in Economics and Finance at the University of Cape Town (UCT).

He also holds a Postgraduate Diploma in Management, Entrepreneurship/Entrepreneurial Studies from UCT.

He joined the SABC2 in May 2019 as a presenter on the youth shows Hectic Nine-9.

The following year, he landed his debut role in acting on TV after he was cast on Gomora, a Mzansi telenovela.

In Gomora, he portrayed the role of Ntobeko, the son of Mondli and Gladys.

He took the decision of seeking appreciation and love he wasn’t shown at home in all the wrong places.

He released singles including IDC, Either Way, and All Night.

•  Nonhle Ndala biography, age, profile, husband, daughter & twins
Did you love this article? Get similar updates on social media. Stay connected on FACEBOOK, TWITTER, INSTAGRAM.Want to Submit Your Biography? Disclaimer! Each content published on The Nation News is for education-related purposes. Contact us to make corrections or contributions.
Share
Tweet
Pin
0 Shares