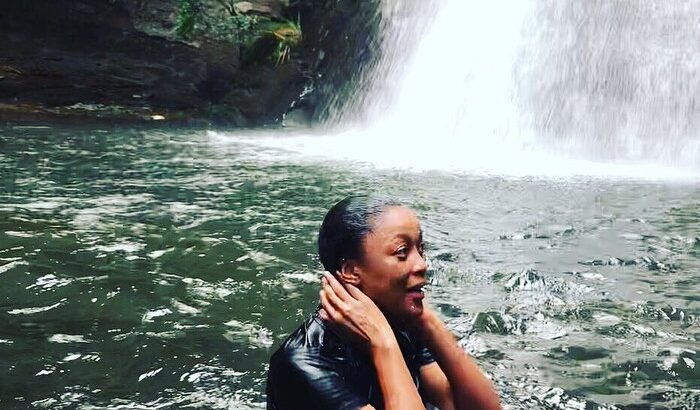 She has grown to be one of the most sought after personalities in the country. She has made a name for herself in the media industry and owns a foundation.

Her foundation aims at enriching the lives of young people, they achieve these by helping to expose them to quality education.

She pursued an academic career at the University of KwaZulu Natal. She obtained a Bachelor of Commerce in Business Management and Economics from the institution.

Nongcebo also holds a Bachelor’s degree in Communication Science from the University of South Africa (UNISA).

Later, she obtained attended the University of Stellenbosch Business School. She holds a Master’s degree in Business Administration from the institution.

She recognizes her family as one of the people that made her climb to her position today.

She recognizes her paternal grandmother, whom she is named after.

Nongcebo also recognizes her maternal grandmother, who she grew up with.

In 2005, she entered the media industry after becoming a radio presenter at Gagasi 99.5FM, a KZN regional radio station.

Three (3) years later, in 2008, she joined SABC as a presenter on Ukhozi FM, she is also a producer.

As a voice-over artist, Nongcebo has voiced for both radio and TV adverts, television programs.

She is also one of South African most South sought-after MCs and being the host of several events.

She was the MC on the Annual Durban Business Fair Gala Dinner and the Ethekwini Living Legends Awards.

Nongcebo has also presented several awards in award ceremonies including SATMA and the Crown Gospel Awards.

She founded the Sports Health & Fitness Exchange and WordArt Communications.

She is one of the Board of Trustees of the University of Zululand Foundation.

In 2007, Nongcebo founded Khanyisa Development Trust. The non-profit organization’s objective is to enhance the education quality in the rural schools of KwaZulu Natal.