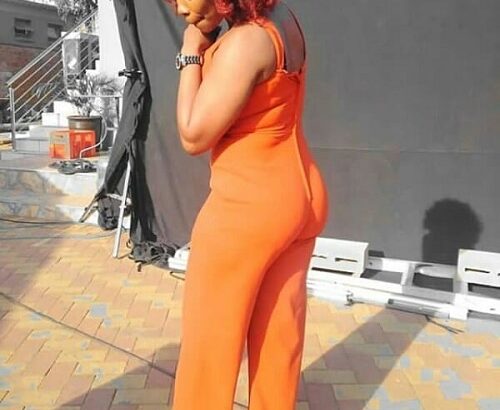 Nosipho from Uzalo (born Nompilo Maphumulo; 3 May 1982 in KwaMashu) is a South African actress. The famous face on television is also a singer, MC, motivational speaker, and voice-over artist.

The face is not a newbie in the entertainment industry although many viewers knew her after she was cast on Uzalo. She is a beautiful and smart lady and possesses talents many wishes they had.

Though her acting profession started a few years back, Nompilo has managed to gain popularity and build her presence on screen and online.

If you are to guess, maybe you’d have mentioned that the actress is in her early ’20s, right? Shocker alert! She is far older than that. Her stature coupled with her looks gives her a “sweet sixteen” stature.

Her date of birth is on 3 May 1982 and the place of birth is in KwaMashu, a township 12 kilometers north of Durban, South Africa. Nompilo Maphumulo is 38 years old.

Since she went into the spotlight after landing a role on Uzalo, viewers of the show prefer to call her by the character name Nosipho from Uzalo. Her birth name is Nompilo Maphumulo.

Today’s popular personality hails from a humble beginning and faced a troubled childhood. Her family experienced did not have much. The actress decided to find something to do when she became of age to support her parents.

Her love for stage performance dates back to when she was tender. At the time, while growing up, the actress watched her peers in the community have theater lessons.

Though she wanted these lessons too, her parents wanted her to focus majorly on her academics.

The young-looking lady is a proud mother of two (2) children; Nosfundo and Neliswa.

How else can you give earn a massive presence on social media? The actress takes beautiful and stunning photos of herself on social media. Most of her pictures show the upper parts of her boobies and her perfect stature has gained her many admirers.

Nompilo’s partner is Sandile Dladla, a movie director and also does acting. She posts series of pictures containing her and Sandile, she also shares photos of them rocking outfits that match. The couple has been in a romantic relationship for over one year.

We are all familiar with the saying “Jack of all trade…”, the actress is the master of all in her case. She also sings, into motivational speaking, Master of Ceremony (MC), and is a voice-over artist.

She developed an interest in stage performing during her childhood days and since then her love for it only waxes stronger.

Nosipho has tried out several other professions including music and she recorded success.

The KwaMashu-born is also a popular face on social media. She shares with followers pictures of her lifestyle, hot body, her projects, and more. Her pictures are engaging and receives feedback including likes and comments.

She shares pictures that makes you wonder if she is as old as she says, her body still stands firm for someone who has given birth to two (2) children.

Hey! Don’t think about crushing on her, she has a partner. She makes this known on her posts with pictures of children, partners, and colleagues.

Though she went into the spotlight in 2015, she has continued to impress fans and viewers of the show online and offline. The South African entertainment scene sure needs people like Nosipho from Uzalo.