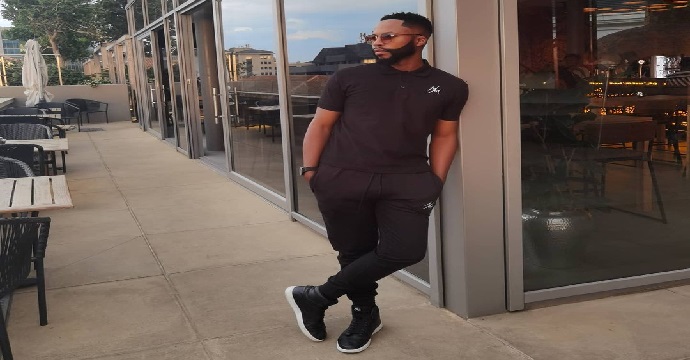 Nay Maps (born 30 March in Pretoria, Gauteng) is a South African actor. The television personality is not new to Mzansi viewers especially the lovers of the show, Uzalo.

The talented actor is based in South Africa also loves music and would aspire to venture into the music industry.

The actor’s real name is Nkosinathi Maphalala but popularly addressed as Nay Maps. He was born in Pretoria, Gauteng, South Africa on 30 March.

He has two siblings (sisters) of which he is the firstborn and shows affection to his siblings without hesitating.

Nay completed his primary school education at Sunnyside Primary School and furthered at Lyttelton Manor High School. He attended the University of Pretoria majoring in Information technology, programming, and software.

Though the popular television personality’s educational background is related to sciences, he had an interest in creative arts.

Nay stepped into the spotlight on television for being the presenter on Hashtag, a lifestyle show on channel ANN7.

He ventured into modeling and appeared on several commercials. In 2014, he landed a guest-starring as Tshepo role in season 2 of isiBaya.

Nay has managed to stand his ground in the industry breaking limits and making a name for himself as he impresses South African viewers.

As a celebrity, Nkosinathi was featured on season eight of Tropika Island of Treasure. The SABC3 show is a reality competition series.

He rose to stardom after appearing in one of the most viewed television series in the country. He landed the role of Mxolisi in Uzalo.

Playing the Uzalo character, Maphalala, seemed to have captured the heart of many viewers of the show. When he was announced to be leaving the show with Nokuthula Manila and Glen Gabela, fans were outraged.

In 2018, Uzalo head writer Bongo Ndaba made an official announcement that Nay Maps and the earlier mentioned actors wouldn’t be part of the show any longer.

On his verified Instagram account, Nay Maps has managed to grow his account followers to over eight hundred and fifteen thousand. He never fails to update followers with his professional updates, lifestyle, and more.

On social media, his fans and followers could testify that Nay Map is “the boss” when it comes to fashion. Fans and followers seem to like his fashion sense and never fail to appreciate his looks with a like.

Nay Maps loves to live a life of luxury, his Instagram post on January 4, 2021, confirms it. The Pretoria-born could be seen on the driver’s seat in a convertible car. The selfie contains him and a man wearing the same vintage top and hairstyle.

On December 24, 2020, he posted another proof his luxury packed lifestyle on Instagram. In the picture, Nay Maps with a young man on a yacht. He left the caption ‘Yacht Life’.