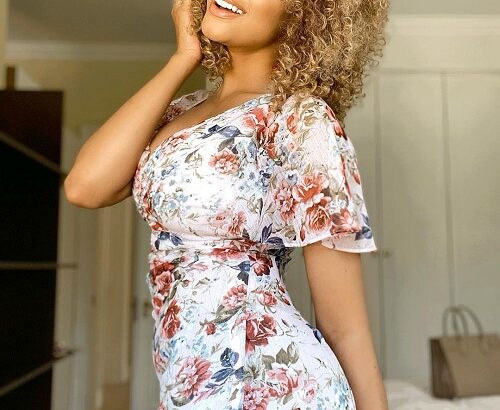 Naledi Willers (born in Botswana) is a South African reality TV star, actress, and a former beauty pageant queen. She one of the housemates featured on The Real Housewives of Johannesburg.

South African viewers seem to follow the show and the drama that the six (6) ‘glamorous ladies’ unfold.

Every episode on the Real Housewives of Johannesburg comes with fresh drama as it displays the lifestyle of these women and their wealth.

Their luxurious way of life, coupled with their exotics travels, has kept most lovers of the show glued to their screen.

She holds a Law Degree, LLB.

She travels has shared pictures of her in Paris with Minnie Dlamini and sipping wine in Dubai.

She was raised in a village in Botswana by her mother who she says is ‘very strict’.

Though, she appreciates her mother’s strictness in raising her as it played a role in making her a disciplined person.

She also told IOL that she was always ‘fascinated with her mixed-racial heritage’.

“Growing up was always interesting being a mixed child. I have a white South African father and black Botswana mother,”.

Naledi competed in beauty pageants and ended the competition as the second princess in Miss Botswana.

She also had to adjust to being followed by cameras around and it made to converse with others weird.

Though their schedules are plotted, everything that the show covers is real.

“Nothing is scripted and we are not told what to say or how to act,”.

Naledi shared a story of how she defeated breast cancer, the brave RHOJ star said two (2) lengthy posts she shared on Instagram.

She was diagnosed with stage 2 triple-negative breast cancer last year on November 29.

Naledi first made the announcement of her diagnosis by saying, “If I look like I’ve just been through a war, it’s because I have.”